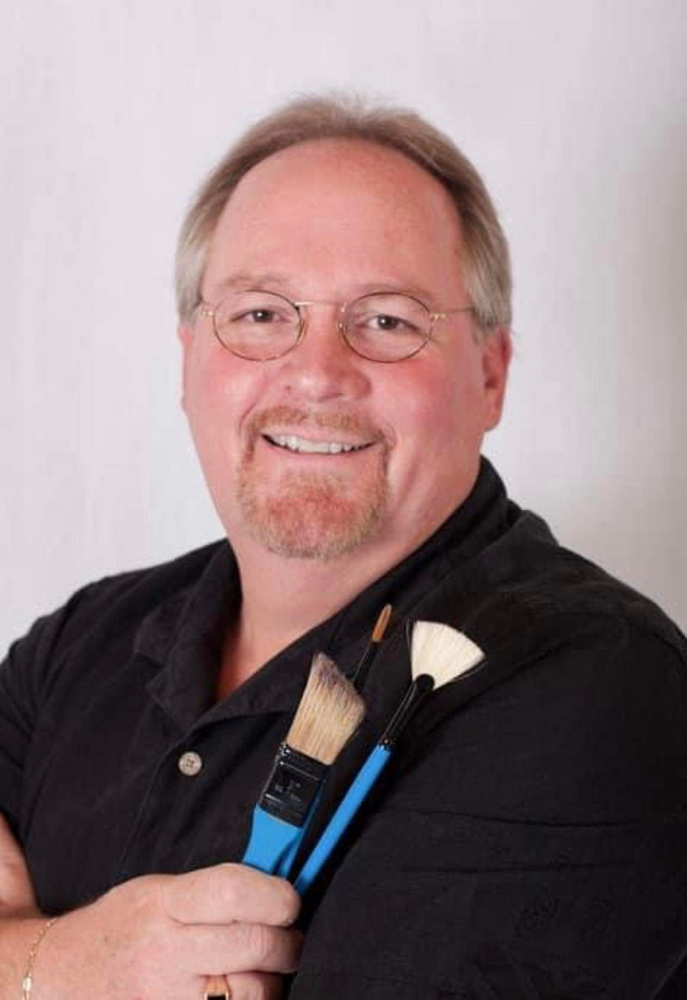 Please share a memory of Wilson to include in a keepsake book for family and friends.
View Tribute Book
FOWLER - Wilson Robert Bickford, 62, of Fowler, NY passed away on Saturday Dec. 18, 2021, at Claxton Hepburn Medical Center with his wife and daughter by his side. Funeral arrangements are private with the French Funeral Home, Gouverneur. Condolences, memories, and photos may be shared online at www.frenchfuneralhomes.com. Wilson was born on Feb 28, 1959, the son of Robert "Ivan" and Madeleine (Wilson) Bickford of Fowler. Upon graduation from Gouverneur High School in 1977, he went on to work at Massey's Furniture Barn. He married his High School sweetheart Glenda Fuller on Aug. 12, 1978. It was at this time that he began employment at the Gouverneur Talc Company where he stayed until 2002. Wilson had a love for both music and art, he was self-taught in both. He played in various bands since he was a teenager, playing guitar, harmonica, vocals, and even teaching himself the saxophone for a few songs. He always enjoyed drawing as a child, but it wasn't until later in life that he really found his passion in oil painting. Soon he began to share this passion with others by teaching art. In 1993 he and Glenda traveled to Silver Falls, Oregon where Wilson became a certified art instructor through the William Alexander Company. He was asked back there for many years to teach and certify other instructors. Wilson started out by teaching evening classes in his own home while still employed at Gouverneur Talc, co. In 2002 he pursued his dream of teaching art full time. As his popularity increased, he branched out to teaching all over the North Country, Vermont, Virginia and California. His easy-going style has earned him thousands of satisfied students, thus proving his philosophy that "ANYONE can learn to paint." He worked in acrylic, watercolor and pen & ink, with oils being his personal favorite and most requested workshop medium. He also authored "Wildlife Landscapes You Can Paint" through North Light Books. By 2011 Wilson launched his own signature line of oil-painting products, including canvases and panels, paints, mediums, brushes, and more through Jerry's Artarama. Wilson began training his own certified teachers and has a team of WBTT's (Wilson Bickford Trained Teachers), who have received personal training from him and instruct his projects and techniques throughout the U.S, Canada and abroad. He was very proud of his series "Painting with Wilson Bickford" that has aired on WBPS & Create TV for the past 7 seasons. He has gained many followers all over the world. Season 8 will be coming out soon, so stay tuned! Remember to "Stay Creative and Keep Painting"! In his free time, Wilson enjoyed camping at Lisbon beach with his wife Glenda where they met many friends. He would often find inspiration for his paintings there and shared many sunset photos. He enjoyed spending time with his grandchildren, taking them to the movies (one of his favorite things to do) and attending their sporting events. He was a huge Wildcat fan! Wilson had a very big heart and was an animal lover. He also had great sense of humor and would joke with his students. He was known to fundraise for Friends for Pound Paws and Toys for Tots. Wilson is survived by his wife Glenda, daughter Amy (Brennan) Ordway, grandson Alexander Ordway, granddaughter Lauren Ordway, brother Kerry (Nancy) Bickford of Fine, sister Sandra (Dave) Edwards of Gouverneur, sister Cheryl Bickford of Gouverneur, several brothers and sisters-in-laws and many nieces and nephews. He will be deeply missed by his friends, family and all who knew him. He was predeceased by his parents, a daughter Amanda Bickford, Father and Mother-in-law John & Ruth Fuller, a brother Gary Bickford and a niece Melissa Bickford. In lieu of flowers, memorial donations may be made to Friends for Pound Paws 55 Owl Road, PO Box 394 Gouverneur, NY 13642.
To send flowers to the family or plant a tree in memory of Wilson Bickford, please visit Tribute Store

Look inside to read what others have shared
Family and friends are coming together online to create a special keepsake. Every memory left on the online obituary will be automatically included in this book.
View Tribute Book
Services for Wilson Bickford
There are no events scheduled. You can still show your support by sending flowers directly to the family, or planting a memorial tree in memory of Wilson Bickford.
Visit the Tribute Store

Share Your Memory of
Wilson
Upload Your Memory View All Memories
Be the first to upload a memory!
Share A Memory
Send Flowers
Plant a Tree