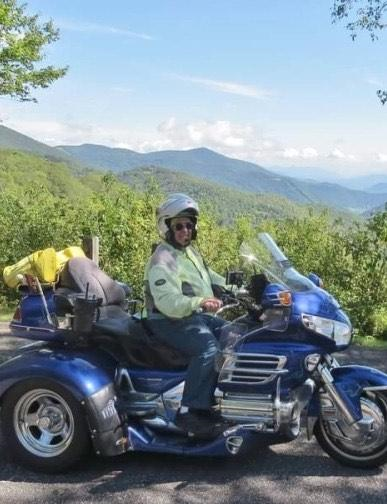 Please share a memory of Barry to include in a keepsake book for family and friends.
View Tribute Book
Barry Gregory French, age 82 of Conway, SC passed away Thursday, July 8, 2021 at Conway Medical Center. Born February 24, 1939 in Shamokin, PA, he was the son of the late Leon and Olive French. Mr. French was a 1956 graduate of Edwards Central High School and received his BS Degree from St. Lawrence University and a MS Degree from SUNY, Potsdam. He taught math in Russell, NY then moved to Gouverneur, NY, where he taught until his retirement in 1997. He coached girls' JV soccer for eight years and JV girls' basketball for eleven years. He, along with Rick Mace, were responsible for starting the successful girls program at Gouverneur. Over the years, he was known as "Pa French". Barry and his wife Lynne lived at Sylvia Lake, NY before moving to Conway, SC. Barry was an avid hunter and a member of the Doe Haven Hunting Club. He also restored several old cars, his favorite was a 1936 Ford. In his spare time, you would find him building decks, garages, cradles, and sharing carpentry knowledge learned from his Dad. He was an avid reader of westerns. Barry was a Life Member of the Gold Wing Road Riders Association, participating with Chapter J of Myrtle Beach. He and Lynne, along with good friends, traveled the lower 48 states and three Canadian Provinces by motorcycle. His last trip was at the age of 76 to Washington, Oregon, California and Nevada. Left to cherish Barry's memory is his wife of 62 years, Lynne; his children, Julie Mullaney and her partner, Bob Shufelt, Martha Alhouse, Gregory (Kelley) French; grandchildren, Jenna (William) Decker, Michelle (Dale) Meekins, Matthew (Lyndsi Jo) Mullaney, Danielle (Tyler) Bleau, Christopher Alhouse, Craig (Nia) Alhouse and Edisto French; eight great-grandchildren; brothers, Karl (Rosemary), Ray (Lauren), Glenn, Junie (Shirley), Dick (Dawn), Bill (Debbie) and sister Margie (Fred) LaPoint; many nieces and nephews and exchange student, Evelyn Jansson from Brazil. Barry is reunited in passing with his beloved granddaughter, Cassady Rose. The family will receive friends from 6:00-8:00, Tuesday, July 13, 2021 at Burroughs Funeral Home, 3558 Old Kings Highway, Murrells Inlet, SC 29576. In lieu of flowers, memorials may be mailed to: The Cassady Jones French Scholarship at Socastee High School, 4900 Socastee Blvd., Myrtle Beach, SC 29588. Condolences may be shared to www.frenchfuneralhomes.com.
To send flowers to the family or plant a tree in memory of Barry French, please visit Tribute Store

Look inside to read what others have shared
Family and friends are coming together online to create a special keepsake. Every memory left on the online obituary will be automatically included in this book.
View Tribute Book
Services for Barry French
There are no events scheduled. You can still show your support by sending flowers directly to the family, or planting a memorial tree in memory of Barry French.
Visit the Tribute Store

Share Your Memory of
Barry
Upload Your Memory View All Memories
Be the first to upload a memory!
Share A Memory
Send Flowers
Plant a Tree