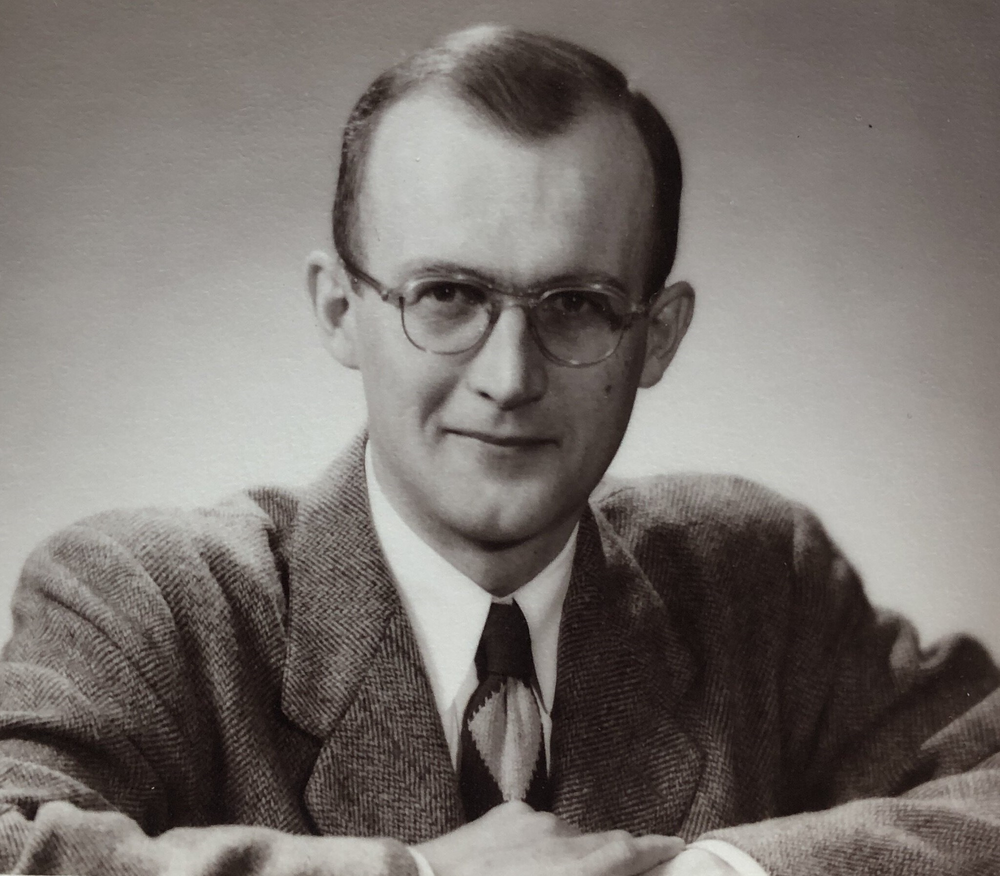 Please share a memory of William to include in a keepsake book for family and friends.
View Tribute Book
Dr. William J. Twining, 96, of Gouverneur surrounded by family passed away peacefully on December 26, 2022 at River Hospital in Alexandria Bay, New York. Dr. Twining was born in Copenhagen, New York on May 31, 1926, the son of William Ashley and Leda Sage Twining. He attended and graduated from Copenhagen Central High School. During World War II, at the age of seventeen, Dr. Twining enlisted in the United States Army and was accepted into the Army Specialized Training Program (ASTP) to become an Army officer. He served from 1944 to 1946. Due to his young age, the Army first sent him to attend officer training/education classes at Virginia Military Institute until he was eligible to assume active duty. He was stationed in Northern Virginia at both Ft. Belvoir and Ft. Myer. During his stint in the army, Dr. Twining guarded the White House during Franklin D. Roosevelt's inauguration and he also participated in Roosevelt's funeral procession in the color guard marching behind the caisson. After his time in the Army, Dr. Twining attended Syracuse University and then Cornell University College of Veterinary Medicine where he earned his degree in veterinary medicine. Dr. Twining became a licensed veterinarian in 1953. He spent his first year of practice in Vergennes, Vermont but soon returned to northern New York on April 25, 1954, to practice in Gouverneur. During his first ten years of practice, he worked with Dr.'s J. Tremlett and E.A. Conklin and then opened his own veterinarian clinic on Bay Road. For 65 years Dr. Twining provided veterinary services to Gouverneur and the surrounding communities retiring in 2018. Dr. Twining was an avid outdoors person and an accomplished marksman. He participated in pistol shooting competitions in which he won many trophies. His hobbies included shooting, reloading, and hunting. He especially enjoyed going to his hunting camp on Tug Hill in the Town of Montague to deer hunt and ride four wheelers with his family and friends. He also made numerous trips to Canada to hunt moose. Dr. Twining is survived by sons W. John (Nazan) Twining, Raleigh NC, W. Ashley Twining, Alpharetta, GA, sister Ellen Tyson, Madison, WI, and grandson Ata Twining. Dr. Twining is preceded in death by his parents Ashley and Leda and wives Madolyn Dunkleburg Twining and Marion Bunch Twining. Calling hours for Dr. Twining will be on Saturday January 14, 2023, from 4:00 to 6:00 pm at French Funeral Home Gouverneur, New York. Interment will be in the spring at South Champion cemetery. Condolences may be shared online at www.frenchfuneralhomes.com.
To send flowers to the family or plant a tree in memory of William Twining, please visit Tribute Store
Saturday
14
January

Share Your Memory of
William
Upload Your Memory View All Memories
Be the first to upload a memory!
Share A Memory
Send Flowers
Plant a Tree