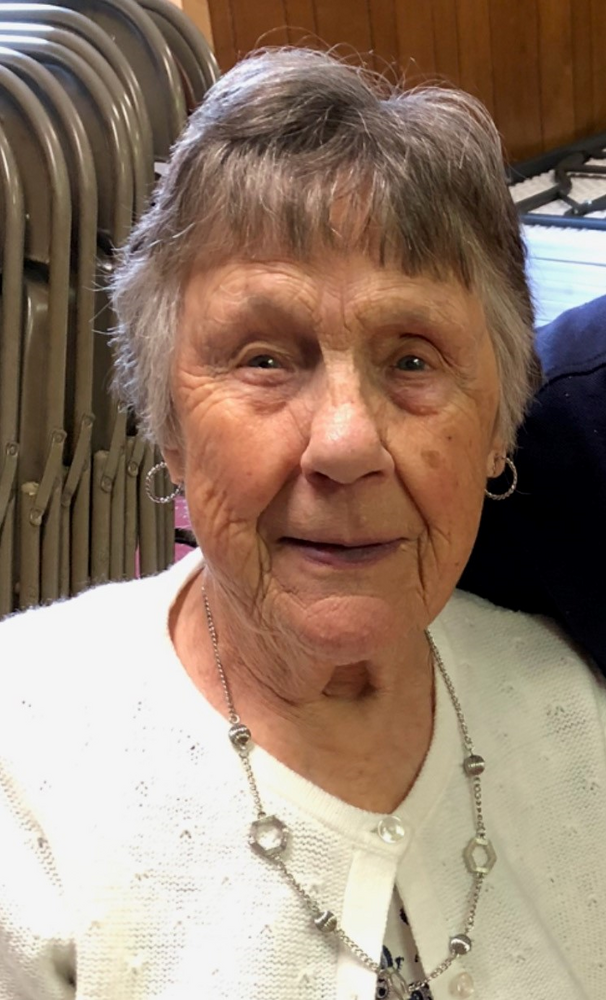 Please share a memory of Betty to include in a keepsake book for family and friends.
View Tribute Book
STAR LAKE – Betty M. Reynolds De Cora, age 93 of Star Lake, formally of Cranberry Lake, passed away on March 16, 2022 at Massena Memorial Hospital. Burial in St. Hubert's Cemetery in Star Lake will announced at a later date. Arrangements are with French Family Funeral Home in Star Lake. Condolences, memories, and photos may be shared online at www.frenchfuneralhomes.com. Betty was born on February 26, 1929 in Natural Dam to the late Frederick Smith and Opal (Davis) Fairbanks Smith. She attended school in Gouverneur. Betty married Robert B. Reynolds on February 11, 1947. He passed away on June 4, 1998. Betty married Edmund "Ed" De Cora on October 5, 2002. He passed away on January 31, 2015. Betty was a homemaker who also worked as a waitress at the Rustic Lodge in Cranberry Lake for several years. She loved her family and was very involved in community activities. She was a member of the American Legion Auxiliary in Star Lake, bowled in the women's league, and loved to dance and have a good time. Betty had a great sense of humor, was referred to as the "favorite aunt" to many of her nieces and nephews, and was excellent in completing her crossword puzzles. Having lost a son in Korea, Betty was a Gold Star Mother and was involved in the Korean DMZ Veterans, which was very important to her. She was also a communicant of St. Hubert's Church for many years. She is survived by three children, Mark and Jeanne Reynolds of Williamson, Donna and Patrick Henrie of Massena, and Robert Reynolds of Cranberry Lake, a brother, Merton Smith of Fayetteville, four grandsons, Matthew, David (and his fiancé, Arianna), Michael, and Nicholas Henrie, and has a great-grandson on the way. She is also survived by many nieces and nephews. In addition to her husbands, Betty is predeceased by two children, Michael Reynolds on September 27, 1968 and Christine Reynolds on August 19, 1957, and siblings, Judson Fairbanks, Marion Finley, Douglas Fairbanks, and Frederick Smith, Jr. In lieu of flowers, her family requests that donations please be made to the American Legion Auxiliary, PO Box 82, Star Lake NY 13690.
To plant a beautiful memorial tree in memory of Betty De Cora, please visit our Tree Store

Look inside to read what others have shared
Family and friends are coming together online to create a special keepsake. Every memory left on the online obituary will be automatically included in this book.
View Tribute Book
Services for Betty De Cora
There are no events scheduled. You can still show your support by planting a tree in memory of Betty De Cora.
Plant a tree in memory of Betty

Share Your Memory of
Betty
Upload Your Memory View All Memories
Be the first to upload a memory!
Share A Memory
Plant a Tree