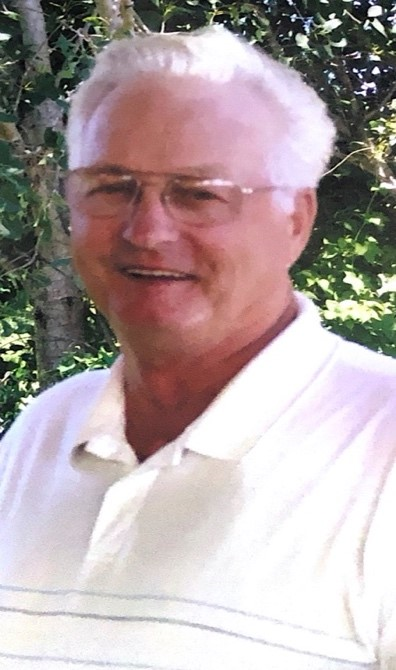 Please share a memory of Richard to include in a keepsake book for family and friends.
View Tribute Book
RUSSELL - Richard James Gotham, 77, of Russell, NY, passed away to be with our Lord Friday, February 18, 2022. Richard was born June 4, 1944 on the family farm in Russell, NY to Harold Fred and Bernice Leona (Miller) Gotham. Richard graduated from Knox Memorial High School in 1962 and then sold his favorite horse so that he could attend DeVry Tech in Chicago, Illinois where he studied electronics. In 1964, Richard met his future wife, Janet Lee Dusharm, when they were set up on a blind date by Richard's brother, Gilbert. For their first date, they went to the movies at the drive-in theater. They were married May 14, 1966 at the Methodist Church in Hermon, NY. Shortly after their wedding, Richard and Janet moved to Connecticut where Richard worked at Pratt & Whitney Aircraft and he received an award for his contributions to the building efficiency of their aviation technology. Richard and Janet moved back to the family farm in 1971. Richard worked tireless hours to build back the dairy farm after a devasting barn fire. Throughout his years as a farmer, Richard was able to make numerous improvements to the farm, including building a 100 cow freestall barn and one of the first double 6 herringbone milking parlors in St. Lawrence County. In 2000, when their sons returned home after finishing college, they built a 40-stall rotary parlor. Richard and his family grew the farm from a 100-cow dairy farm to a 700-cow dairy farm with 1500 acres of land. Richard also enjoyed spending time with his three sons showing cattle at the St. Lawrence County Fair. In 1994, Richard and Janet began travelling to Florida, where they initially spent weeks and eventually the whole the winter season. They never missed a year. While in Florida, Richard loved spending time at Daytona Beach, line dancing and couple dancing with his wife, and playing guitar with his many friends. Richard discovered his love for music later in his life and spent time making music with his family in New York in the summer. He was in total happiness playing around the campfire for his family and friends. Richard enjoyed hunting with his sons, as well as fishing and boating at the family camp on Trout Lake. He is well remembered and loved by all his grandchildren for making his delicious "PaPa Potatoes". Richard is survived by his loving wife of 54 years, Janet Lee Gotham; his three sons and daughter in laws, Bryan Gotham, Kevin and Trish Gotham, and Cory and Jamie Gotham; his grandchildren Connor Gotham and fiancée, Taylor Fisher, Emma-Lee, Haven, Rylee, Leeann, Kaylin, and Payton; his sister, Mayfred Hull; brother and sister-in-law, Howard & Kate Gotham, and sister-in-law Janet F. Gotham. In addition to his parents, Harold and Bernice Gotham, Richard was predeceased by his brothers, Harold Jr., Winston (Sonny) and Gilbert; sisters, Madeline Hatch, Helen Henri, Mary Gotham, and Rosalie Force. Calling hours will be held at French Funeral Home in Edwards on Sunday, March 6, 2022 from 1:00 – 4:00 p.m. His funeral service will be on Monday, March 7, 2022 at 12:00 p.m. at the Edwards United Methodist Church. Condolences, memories, and photos may be shared online at www.frenchfuneralhomes.com. In lieu of flowers please donate funds to Russell, Hermon or Edwards Fire Departments.
To send flowers to the family or plant a tree in memory of Richard Gotham, please visit Tribute Store
Sunday
6
March