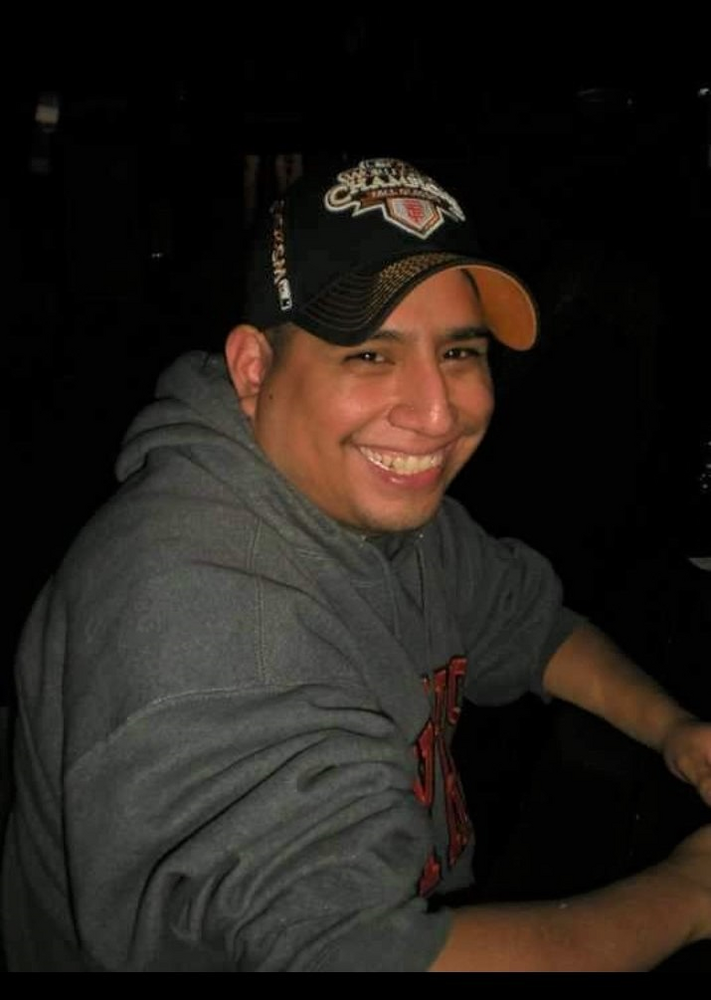 Please share a memory of John to include in a keepsake book for family and friends.
View Tribute Book
John Paul Laurin, age 41 of Star Lake and then Albany died unexpectedly on 2/22/2022. This loss was completely unexpected and his family and friends are shocked and deeply saddened. John was born on May 24, 1980 in Lima, Peru and adopted at 4 days old by Richard and Lorraine Laurin of Star Lake. Known as "Pope" to his school friends and classmates, John graduated Clifton-Fine Central School and SUNY Canton. After college John relocated to Albany where he worked for many years for Best Western and most recently for Davis Vision. In Albany, John soon created a network of loyal, fun-loving and adventurous friends who were constant companions for movies, sporting events, concerts at Saratoga Performing Arts Center and regular escapades to his favorite taverns or bar and grill establishments. John was loyal and passionate, even fanatical, about his favorite sports teams: Buffalo Bills, San Francisco Giants and Buffalo Sabres, as well as his fantasy sports teams. He could always be found cheering enthusiastically for his favorite teams, regardless of their winning or losing streak. John was someone who could light up a room with his smile. He touched the hearts of so many. He never said an unkind word. No matter how your day was going his smile changed it and people would just smile back. John was the kindest soul and a joy to be around. John will be forever missed by so many. John was a loving son, brother and uncle. He is survived by his parents Richard and Lorraine, Star Lake; brothers Pompeyo Laurin, Columbia SC; Chris and Bridgette Laurin, Houston TX; Manuel Laurin, Rensselaer NY; James Laurin, Star Lake; sisters Michelle and Rick Rusaw, Star Lake; Kelley Laurin, Star Lake; and Chasqa Laurin, Mobile AL; nieces and nephews Rosemary, Matthew, Jordan, Marissa, Nathan, Emily, Brianna, Diamond, Tyshawn, John and Jessica. John was predeceased by a brother Matthew. You may make a donation to Star Lake Fire and Rescue 9/11 Memorial Fund in his honor as an alternative to flowers. There will be calling hours at French Family Funeral Home in Star Lake on Monday February 28th 1pm-3pm and 6pm-8pm. Funeral services will be at St. Hubert's Catholic Church in Star Lake on Tuesday March 1st at 11am. A private spring burial will be at St. Michaels's Cemetery in Fine, NY.
To send flowers to the family or plant a tree in memory of John Laurin, please visit Tribute Store
Monday
28
February

Share Your Memory of
John
Upload Your Memory View All Memories
Be the first to upload a memory!
Share A Memory
Send Flowers
Plant a Tree