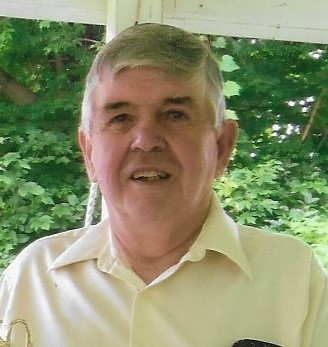 Please share a memory of John to include in a keepsake book for family and friends.
View Tribute Book
SPRAGUEVILLE- John R. "Jack" Bell, age 81, of Spragueville, NY, passed away on February 13, 2022 at Canton Potsdam Hospital surrounded by his loving family. Jack was born on March 22, 1940 in Gouverneur to the late John and Helen (Stevenson) Bell. He graduated from Gouverneur High School in 1959, where he enjoyed being an active member of the local FFA chapter. With his wife, he was a member of the St. Lawrence Valley Ayrshire Club, NY State Ayrshire Club and US Ayrshire Breeders Association. Jack, with his family, took great pride in breeding and showing quality Ayrshire cattle at the local, state and national levels. He was a director in the Gouverneur Co-op, as well as a lifetime director of the Gouverneur and St. Lawrence County Fair Board. He always was invested into passing his passion for the dairy industry and Ayrshire cattle onto the next generation. Throughout his life's journey in the cattle business, he touched many lives and made many friends. Cows and family were his life and his life's work. Jack is survived by his daughter, Melody Hoffman and his son, Robert Bell. Six grandchildren, Ben Hoffman, Cody and Alicia Hoffman, Robert and Keirsten Bell, Remington and Shelby Bell, Emma Bell and Ross Bell; 12 great grandchildren, Grayson, Delaney, Laila and Jack Hoffman, Carter Whitmarsh, Lucy and Sadie Hoffman, Robert III, Oaklynn and Reign Bell, and Gunner and Grayden Bell and several nieces, nephews and cousins. He is predeceased by his wife Lorraine, his parents, John and Helen; a brother, Harold Bell; a sister, Flora Jean Bell-Conklin and two daughters, Robin and Kimberly Bell. Calling hours will be on Sunday, February 20, 2022 from 12:00-2:00 p.m. at French Funeral Home, Gouverneur. His funeral service will immediately follow at 2:00 p.m. at the funeral home with Pastor David Hart officiating. Condolences may be shared online at www.frenchfuneralhomes.com.
To send flowers to the family or plant a tree in memory of John Bell, please visit Tribute Store
Sunday
20
February

Share Your Memory of
John
Upload Your Memory View All Memories
Be the first to upload a memory!
Share A Memory
Send Flowers
Plant a Tree