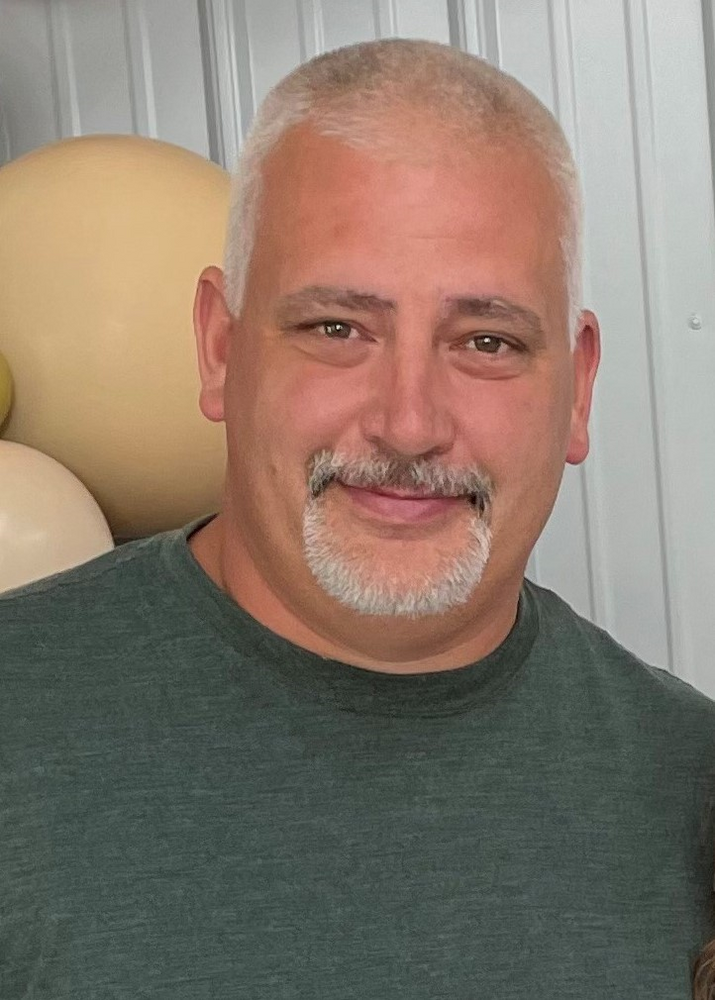 Please share a memory of Ward "BJ" to include in a keepsake book for family and friends.
View Tribute Book
EDWARDS – Ward "BJ" W. Bacon, Jr., age 44, of Edwards, passed away unexpectedly on January 22, 2022. BJ was born on August 12, 1977, in Ogdensburg to Ward William Sr. and Linda M. (Cameron) Bacon. He graduated from Hermon-DeKalb Central School in 1997 and served in the United States Navy from 1997 until his honorable discharge in 1998. He married Shelby L. Matthews on February 16, 1998, and they have twin daughters, Dakotah "Coco" and Makayla "Moe". He loved his family and lived for Shelby and his girls. He was a huge supporter of their sports. BJ was an all-around, genuine nice guy who would do anything for his friends and family. He was a straightforward, hard ass who could also be a big teddy bear. BJ was an avid outdoorsman who enjoyed hunting and fishing. He was the current President of the Grasse Pond Hunting Club in Pitcairn, where he enjoyed the club since he was a young boy. BJ worked for Gouverneur Talc/Vanderbilt Minerals for over 20 years, currently as a Mine Supervisor and Mine Rescue Leader with NYS Explosives and Blasting Licenses. His survivors include his wife, Shelby; daughter Makayla & her fiancé Jason Burke; daughter Dakotah & her husband Sgt. Daniel Stroda; and granddaughter Wrenleigh Ann Stroda. His parents Ward and Linda Bacon Sr., his sister and brother-in-law, Nicole Bacon-Ward and Richard Ward; his father-in-law and mother in-law, Donnie and Bonnie Matthews; his sister in-laws Patty and Mandy Matthews; his nieces and nephew, Marissa Bacon, Camryn Ward, Lilah Anson, and Luke Baxter. He is predeceased by his grandparents Eli and Hilda Bacon & Bud and Blanche Cameron as well as his cherished St. Bernard, Maggie Mae. There will be no formal calling hours or funeral services for BJ. The family will have a celebration of his life on Thursday, January 27, 2022 from 1:00-4:00pm at the Hermon Fire Hall. Arrangements are with French Funeral Home in Edwards. Condolences, memories, and photos may be shared online at www.frenchfuneralhomes.com. Donations in memory of BJ may be sent to Shelby Bacon, P.O. Box 194, Edwards, NY 13635, where a Trust will be set up for his grandchildren's college fund.
To send flowers to the family or plant a tree in memory of Ward "BJ" Bacon, please visit Tribute Store

Look inside to read what others have shared
Family and friends are coming together online to create a special keepsake. Every memory left on the online obituary will be automatically included in this book.
View Tribute Book
Services for Ward "BJ" Bacon
There are no events scheduled. You can still show your support by sending flowers directly to the family, or planting a memorial tree in memory of Ward "BJ" Bacon.
Visit the Tribute Store

Share Your Memory of
Ward "BJ"
Upload Your Memory View All Memories
Be the first to upload a memory!
Share A Memory
Send Flowers
Plant a Tree