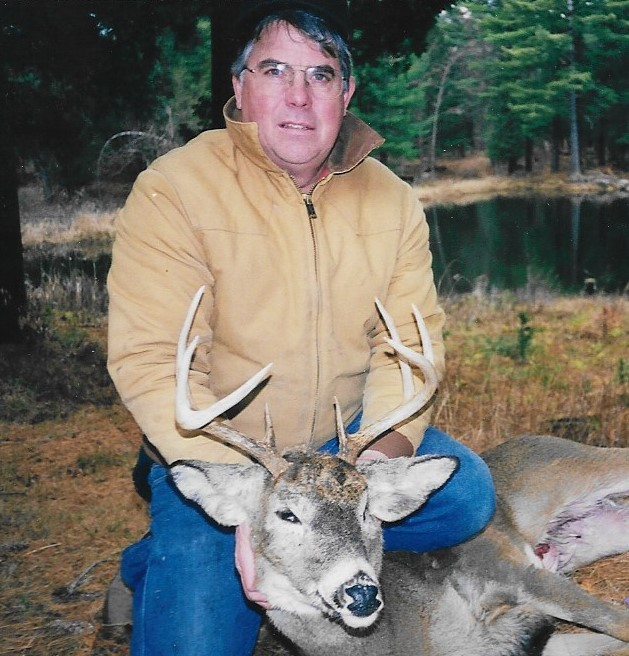 Please share a memory of Leon to include in a keepsake book for family and friends.
View Tribute Book
RUSSELL- Leon R. "Stub" White, age 75, of Russell, NY, passed away on Monday, January 10, 2022 at Canton-Potsdam Hospital. Leon was born on August 9, 1946 in Canton, NY to Edward and Arlene (Ashlaw) White. He graduated from Knox Memorial School in Russell in 1965. He then went on to graduate from Canton ATC in 1967. Stub married Shirley Enslow on September 25, 1965. The couple have been married for 56 years. Stub worked as a maintenance supervisor at the Newton Falls Paper Mill for 36 years. He had previously worked at Harrisville Drykiln. He was an active outdoorsman. He loved hunting, fishing, trapping, snowmobiling and grooming the trails. He also used to raise beef cattle, sheep and pigs for a while. Surviving is his wife, Shirley; their three children, Amy and Charles Fuller, Sarah White and Robert and Stacy White; his mother, Arlene; a sister, Jenny and Jack Durham; four brothers, Ronnie and Marcia, Gary and Song, Brian and Anne and Steve and Debbie; five grandchildren, Jeremy, Katelynn, Jimmy, Trenton and Travis; three great grandchildren, Piper, Adalynn and Kimberlynn and a great grandson is on the way. In keeping with Stub's wishes, there will be no services. Arrangements are with French Funeral Home, Edwards. Condolences and photo's may be shared online at www.frenchfuneralhomes.com. Donations may be made in Leon's memory to the Gouverneur Breast Cancer Fund, P.O. Box 64, Gouverneur, NY 13642.
To send flowers to the family or plant a tree in memory of Leon White, please visit Tribute Store

Look inside to read what others have shared
Family and friends are coming together online to create a special keepsake. Every memory left on the online obituary will be automatically included in this book.
View Tribute Book
Services for Leon White
There are no events scheduled. You can still show your support by sending flowers directly to the family, or planting a memorial tree in memory of Leon White.
Visit the Tribute Store

Share Your Memory of
Leon
Upload Your Memory View All Memories
Be the first to upload a memory!
Share A Memory
Send Flowers
Plant a Tree