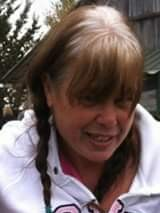 Obituary of Debra A. Adams

Please share a memory of Debra to include in a keepsake book for family and friends.
View Tribute Book
RUSSELL – Debra A. Adams, age 60, of Russell, passed away unexpectedly at Canton-Potsdam Hospital on December 31, 2021. There will be no services. Arrangements are with French Family Funeral Home in Star Lake. Condolences may be shared online at www.frenchfuneralhomes.com. She is survived by her life-long companion, Fred C. White, her mother, Mary A. Adams, her sister, Crystal Newtown and her companion, Jason Newtown, her sister, Ann Chapman and her companion, George Chapman, her sister, Sue Adams, her brother, Jonathan Adams and his companion, Amber Adams, her brother, Scott Adams and his companion, April Payne, her brother, Donald Adams and his companion, Teleste Adams, and her brother, Dale E. Adams. She is also survived by her nephews, Cameron LaRock, Dakota LaRock, Julian Newtown, Caleb Adams, Levi Adams, Brandon Adams, and Dylan Bowman, and nieces, Breanna Adams, Alexis Bovay, Mary Chapman, and Taylor Adams, her aunt, Donna Lewis and her companion, Mike Lewis, her uncle Alan G. Adams and his companion, Suzi Adams, her uncle Roger Adams and his companion, Glennis Adams, her aunt Barbara Goodrow, and many cousins. She is predeceased by her father, Dale G. Adams, her grandparents, Amy and Everett Merlin Adams and Bertha and Everett Swinyer, uncles Charles "Buzzy" Adams and Billy Adams, aunts Charlotte Dowling, Marjorie "Sister" Adams, Rosey Daniels (Adams), her cousins, Brian Merkley, Bryant White, Ricky Adams, Judy and Trudy Dowling, and Baby Donna Dowling. Debra Ann Adams was born on April 3, 1961 in Canton, NY to Dale Gene and Mary Ann Adams. She attended Clifton-Fine Central School where she graduated in Star Lake. After graduation she became a housekeeper for Red Roof Inn in Rochester, NY. She enjoyed spending time with her companion and his family and with her family. She enjoyed camping with her companion, Fred White, and her nephew, Cameron LaRock and going fishing with her sister, Crystal, and her nephews, Dakota and Cameron and her companion, Fred. She enjoyed riding their four-wheeler with her nephew Cameron, and taking him fishing at their pond across the road. She also loved spending Christmas with all of her loved ones; it was her favorite holiday. She enjoyed helping her companion, Fred, with his cows which gave her a lot of joy. She enjoyed reading, puzzles, and writing plays growing up. She collected Indian dolls, wolves, and dream catchers, and also Harry Potter things. She loved watching old movies and Westerns on television and playing games on her computer. She also loved traveling to different places with family. She enjoyed doing things for others, and also enjoyed doing crafts and liked to sew. Debbie was very shy and had a beautiful old soul with a heart of gold. She was definitely a motherly type to her younger siblings, nephews and nieces. She would always help out anyone that she could. She was loved by many and will be missed by us all.
To send flowers to the family or plant a tree in memory of Debra Adams, please visit Tribute Store

Look inside to read what others have shared
Family and friends are coming together online to create a special keepsake. Every memory left on the online obituary will be automatically included in this book.
View Tribute Book
Services for Debra Adams
There are no events scheduled. You can still show your support by sending flowers directly to the family, or planting a memorial tree in memory of Debra Adams.
Visit the Tribute Store

Share Your Memory of
Debra
Upload Your Memory View All Memories
Be the first to upload a memory!
Share A Memory
Send Flowers
Plant a Tree