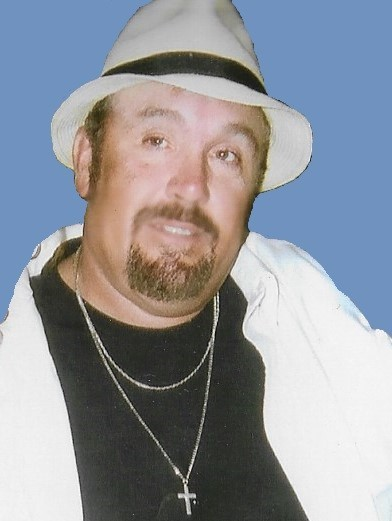 Please share a memory of Lawrence to include in a keepsake book for family and friends.
View Tribute Book
WEGATCHIE – Lawrence "Larry" E. Meilleur peacefully passed on Sunday, December 12, 2021 with his wife and daughters by his side. Calling hours will be held at French Funeral Home in Gouverneur on Thursday, December 16, 2021 from 6:00 – 8:00 p.m. His funeral service will be held on Friday at 11:00 at the funeral home followed by burial in South Russell Cemetery. Following the burial, all are welcome to celebrate Larry's life at the Edwards Fire Hall. Condolences may be shared online at www.frenchfuneralhomes.com. Larry was born on June 18, 1958 in Star Lake, NY and was raised by Maynard "Satch" and Vaughan Meilleur. He attended Knox Memorial School and served in the United States Army from 1979 – 1981. He is survived by his wife, Maggie, daughter Missy Brown and husband Jason Brown, daughter Liana Meilleur and her significant other Korry Hodgdon, and daughter Kimberly Meilleur and her significant other Vinny Avallone, his five grandchildren, Jarret Knight, Tanner Knight, Olivia McCormick, Harley Dahlberg and Giuliana Avallone, and his fur "grandchildren" Tucker, Maggie May, Mia, Duke, Jack, Molly and Klaus. He is also survived by his sisters, Jennifer Meilleur, Tammy Tebo, Sue Fisher, brother Bruce Tebo, nephews and cousins. He is predeceased by his brothers, Lemond Meilleur and Maynard "Satch" Meilleur, and sisters, Bertha Ordway and Betty Burns. Larry enjoyed the outdoors. He like hunting and fishing. Arguing with Maggie was one of his almost favorite hobbies. He enjoyed supporting the local VFW and having cold beverages while listening and/or playing music, and pretending he could dance. However more than any of this, he enjoyed being with his grandchildren. He was the Best Buckin Pa anyone could ask for. Per request of Larry's wife and daughters, in lieu of flowers, please send a donation to Friends 4 Pound Paws, PO Box 394, Gouverneur NY 13642 or Ryan's Wish Foundation, PO Box 326, Gouverneur NY 13642.
To send flowers to the family or plant a tree in memory of Lawrence Meilleur, please visit Tribute Store
Friday
17
December