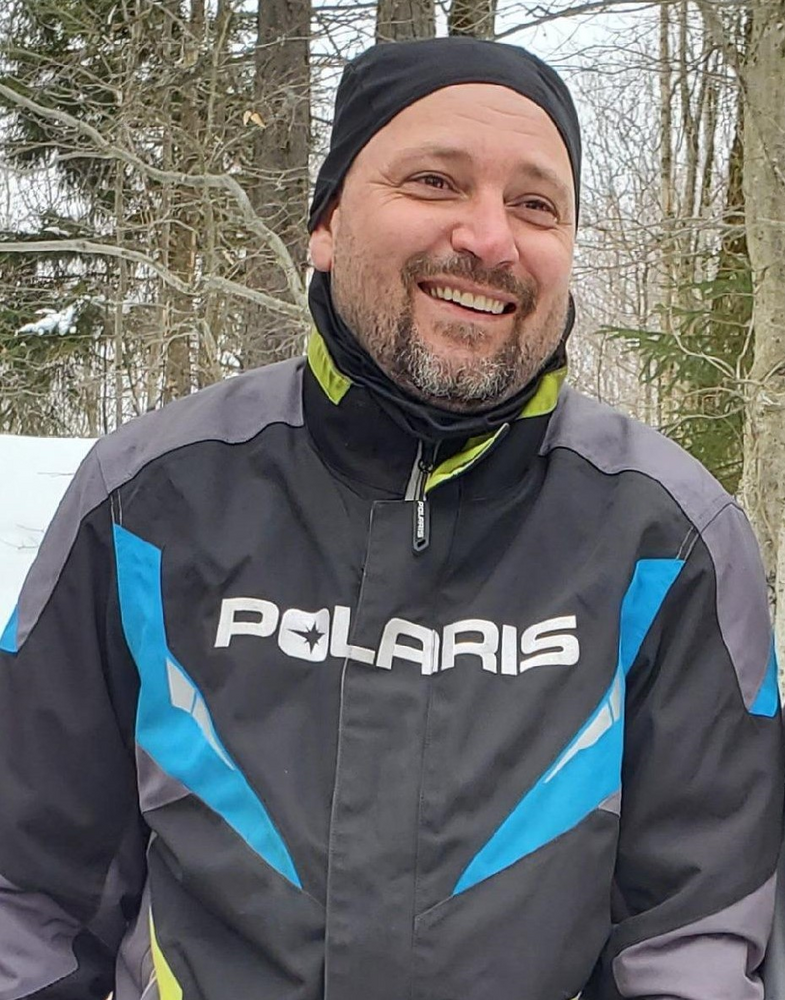 Please share a memory of Ronnie to include in a keepsake book for family and friends.
View Tribute Book
GOUVERNEUR- Ronnie L. Bice, Jr., age 47, of Gouverneur, passed away unexpectedly on Friday, December 10, 2021. Ronnie was born on October 1, 1974 in Potsdam, NY to Ronnie and Marion (LaPage) Bice, Sr. He graduated from Edwards Knox Central School in 1994 and then went on to receive his certification in Mechanics. Ronnie married Anna Woodward on August 26, 2008 in Russell, NY. Ronnie worked as a mechanic for Empire State Mines in Balmat and was also on the Mine Rescue Team. He previously worked at Jim's Auto in Edwards and at Spilman's Garage in Gouverneur. He was a true all- around outdoorsman. He loved hunting, fishing, snowmobiling, 4-wheeling, motorcycling, wood working and collecting junk. He was also a former member of the Russell Volunteer Fire Department, where he was a past assistant chief. Surviving is his wife, Anna; his father, Ronnie Bice, Sr.; three daughters, Monica Bice, Rilee Bice and Meredith Jones; two sons, Collin and Blake Bice; a brother, Jacob Bice; two sisters Leslie Dunn and Marie Carlton. His In-laws, Byron "Jack" and Michelle Woodward; his best friend, Joe Collett and several cousins. Ronnie is predeceased by his mother, Marion Bice and a brother, Kevin Fox. There will be a celebration of life for Ronnie in the Spring. Arrangements are with French Funeral Home, Gouverneur. Condolences may be shared online at www.frenchfuneralhomes.com.
To send flowers to the family or plant a tree in memory of Ronnie Bice, please visit Tribute Store

Look inside to read what others have shared
Family and friends are coming together online to create a special keepsake. Every memory left on the online obituary will be automatically included in this book.
View Tribute Book
Services for Ronnie Bice
There are no events scheduled. You can still show your support by sending flowers directly to the family, or planting a memorial tree in memory of Ronnie Bice.
Visit the Tribute Store

Share Your Memory of
Ronnie
Upload Your Memory View All Memories
Be the first to upload a memory!
Share A Memory
Send Flowers
Plant a Tree