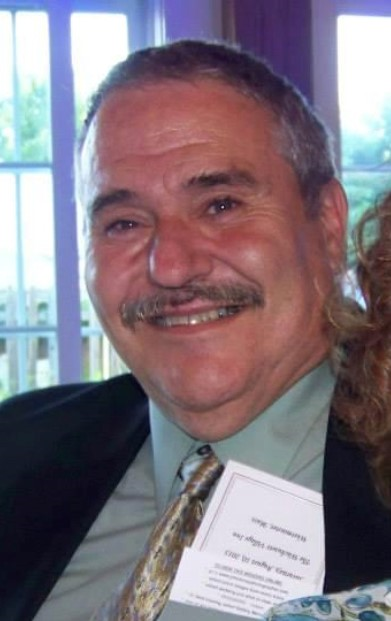 Please share a memory of Jerry to include in a keepsake book for family and friends.
View Tribute Book
OSWEGATCHIE – Jerry F. Durham, age 71, of Oswegatchie, was called home on November 9, 2021 at the Samaritan Keep Home in Watertown. Calling hours will be held at French Family Funeral Home in Star Lake on Monday, November 15, 2021 from 5:00 – 7:00 p.m. His funeral service will be on Tuesday at 11:00 a.m. at the funeral home. Burial will follow in the Oswegatchie Cemetery. Condolences may be shared online at www.frenchfuneralhomes.com. Jerry was born on April 19, 1950 in Gouverneur to the late John F. and Ruth (Parrish) Durham. He graduated in 1968 from Clifton-Fine Central School where he played football, softball, and was a member of the chess team. He also graduated from Canton ATC after studying Automotive Technology. Jerry married Sara M. French on August 28, 2004 at the Adirondack Community Church in Newton Falls. Jerry worked for J&L Steel for a couple of years before starting his career at the Newton Falls Paper Mill, where he was a supervisor for 38 years. When they closed Jerry started work as the maintenance man at Star Lake Housing until the paper mill re-opened where he worked until he finally retired. Jerry was a man of many unique phrases, and he was never afraid to crack a silly face for a photo. He was blessed with the ability to bring out the best in people and make them smile and laugh. He loved his family and the community where he lived; always ready to help anyone in need. He was a true outdoorsman; he loved nature and enjoyed activities from bird watching to hunting, fishing, and trapping. He could also be found tinkering in his garage, watching Jeopardy with family, at Todd's supply visiting, or at the Star Lake Fire Department where he was a member for over 50 years. He is survived by his wife, Sara Durham of Oswegatchie, his daughter, Julia Walrath of Oriskany, NY, his son, Dustin French and his fiancé, Britany, of DeRidder, LA, granddaughter, Kali Mae French, his twin brother, John Durham and his wife, Mary Kay, and his sister Judy Widrick. He is also survived by many nieces, nephews, and great nieces and nephews. Jerry is predeceased by his parents and a brother, Jeffrey Durham. In lieu of flowers, donations in memory of Jerry may be made to cure CADASIL, 10 Schalks Crossing Road, Suite 501A-133, Plainsboro NJ 08536 or the Star Lake Fire Department, PO Box 22, Star Lake NY 13690.
To send flowers to the family or plant a tree in memory of Jerry Durham, please visit Tribute Store
Monday
15
November

Share Your Memory of
Jerry
Upload Your Memory View All Memories
Be the first to upload a memory!
Share A Memory
Send Flowers
Plant a Tree