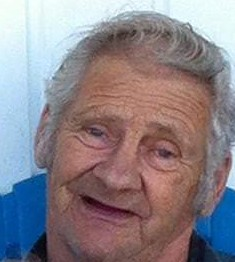 Please share a memory of Dale to include in a keepsake book for family and friends.
View Tribute Book
STAR LAKE – Dale Gene Adams, 81, of Star Lake, passed away unexpectedly on October 26, 2021 in Syracuse at St. Joseph's Hospital surrounded by his loved ones. A celebration of life will be held at a later date. Arrangements are with French Family Funeral Home in Star Lake. Condolences may be shared online at www.frenchfuneralhomes.com. Dale is survived by his wife, Mary Adams, his daughters, Crystal Newtown and her companion Jason Newtown, Debbie Adams and her companion, Fred White, Sue Adams, Ann Chapman and her companion, George Chapman, his sons, Jonathan Adams and his companion Amber Adams, Scott Adams and his companion, April Payne, Donald Adams and his companion Teleste Adams, and Dale Eugene Adams. He is also survived by his siblings, Gary Adams and his companion Suzi Adams, Donna Lewis and her companion Mike Lewis, Roger Adams and his companion Glennys Adams; his grandsons, Dakota LaRock, Cameron LaRock, Julian Newtown, Levi Adams, Caleb Adams, Brandon Adams, Dylan Bowman; and his granddaughters, Taylor Adams, Marya Chapman, Breanna Adams, Alexis Bovay; and several nieces and nephews. He is predeceased by his parents, Amy Adams and Everett Merlin Adams; sisters, Charolette Dowling, Marjorie "Sister" Adams, Rosey Adams; his brothers, Charles "Buzzy" Adams and Billy Adams; his nephews, Ricky Adams, Brian Merkley; his nieces, Judy Dowling, Trudy Dowling, and Baby Donna Dowling. Dale Gene Adams was born on November 9, 1939 in Oswegatchie, NY to Amy and Everett Merlin Adams. He attended the Oswegatchie School and finished at Clifton-Fine Central School in Star Lake. On November 3, 1958 he married Mary Ann Swinyer at the First Methodist Church in Canton. He had various jobs throughout his life before retiring. He enjoyed spending time with his wife, grandchildren, children and family, country music, doing puzzles, watching wrestling and classic car shows, fishing, and talking with family on the phone. Dale was a very liked man with a funny sense of humor, a loving husband, father, papa, brother, uncle, and friend. He will be missed greatly by everyone and loved by us all.
To send flowers to the family or plant a tree in memory of Dale Adams, please visit Tribute Store

Look inside to read what others have shared
Family and friends are coming together online to create a special keepsake. Every memory left on the online obituary will be automatically included in this book.
View Tribute Book
Services for Dale Adams
There are no events scheduled. You can still show your support by sending flowers directly to the family, or planting a memorial tree in memory of Dale Adams.
Visit the Tribute Store

Share Your Memory of
Dale
Upload Your Memory View All Memories
Be the first to upload a memory!
Share A Memory
Send Flowers
Plant a Tree