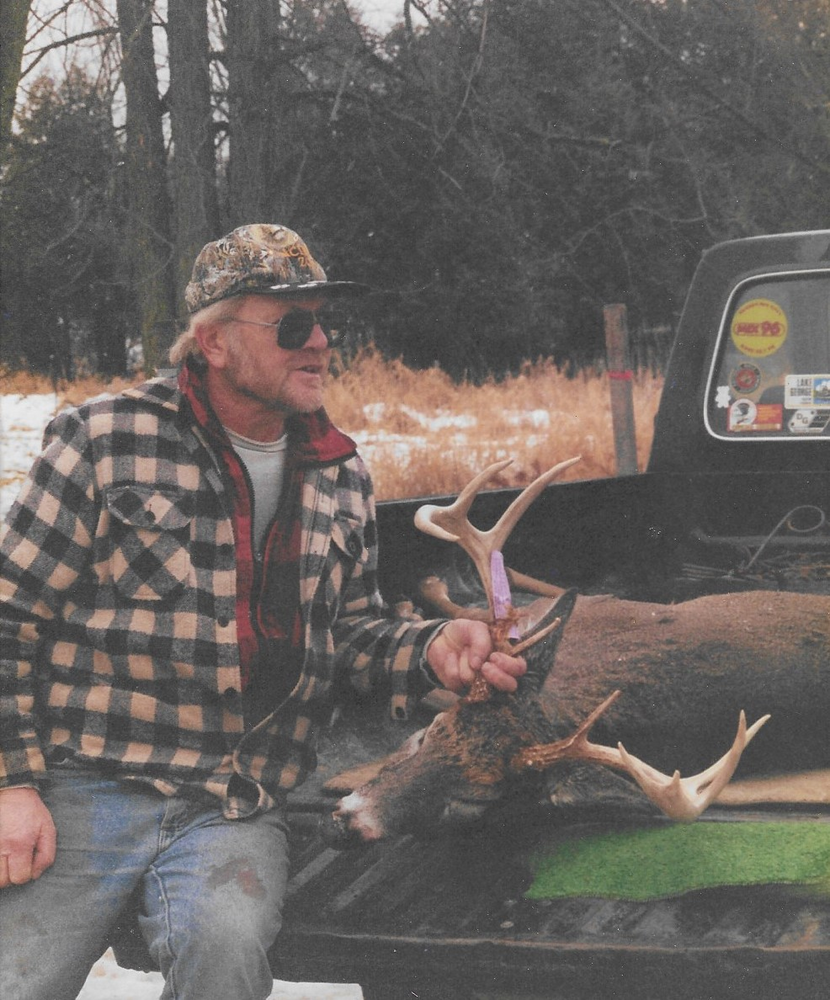 Please share a memory of Richard to include in a keepsake book for family and friends.
View Tribute Book
MACOMB- Richard D. Washburn, age 79, of Macomb, went home to be with the Lord on Thursday, September 16, 2021 at Claxton Hepburn Medical Center. There will be a graveside service at the Washburn Family Memorial at 439 Hurst Road, Gouverneur, NY on Monday, September 27, 2021 at 1:00 p.m. with Rev. James Warrington officiating. The family requests that everyone wear a mask. Arrangements are with French Funeral Home, Gouverneur. Condolences may be shared online at www.frenchfuneralhomes.com. Richard was born on January 14, 1942 at the family farm homestead in Macomb to the late Alvin and Bertha (Dane) Washburn. Richard was one of sixteen children. He graduated from Gouverneur Central School in 1960. On December 19, 1981, he married Elizabeth Gates. Richard started out work setting up mobile homes, then went to work for Harron's Electric in Gouverneur, the Psychiatric Center, was a janitor at Morristown Central School and then worked for Farley Equipment in Gouverneur. Richard was a member of the Grace Community Church in Theresa, NY. He was an avid trapper since he was 12 years old. He loved hunting and was a beautiful artist of colored pictures and scripture, making picture frames and giving them away. He loved watching his birds, turkeys and wildlife, and even a crow family. He had a favorite car, which was a Ford Mustang. Richard loved cutting wood and was most at home when he was outdoors. He enjoyed picking black caps and long blackberries. He took great interest in flowers, trees and wildlife. He thought the world of his family and was very proud of their accomplishments. He was a man of few words, but there was a lot of love in his heart for Jesus and his family. He loved animals, especially a little pug named Kobe. He loved country western music and the Grand Ole Opry. His favorite hymn was "Blessed Assurance". Richard was also an avid reader and was an adult Sunday School teacher. Surviving is his wife, Elizabeth "Liz" Washburn; a step daughter and son-in-law, Shelly and Patrick Noone; a granddaughter and her husband, Khylee and Derek Habermas; a great grandson, Finley James Habermas; two brothers, Arthur Washburn and Charles and Donna Washburn; six sisters, Sarah and Ford Reynolds, Ada and Donald Bayne, Mary and Harold Bresett, Anna Washburn, Bettie Rook and Leona "Skipper" Jones. He is also survived by numerous nieces and nephews. Richard is predeceased by two brothers, James and Sylvester Washburn and five sisters, Nilah Sias, Joyce Stammer, June LaVack, Joanne Washburn and Eleanor Solar.
To send flowers to the family or plant a tree in memory of Richard Washburn, please visit Tribute Store
Monday
27
September