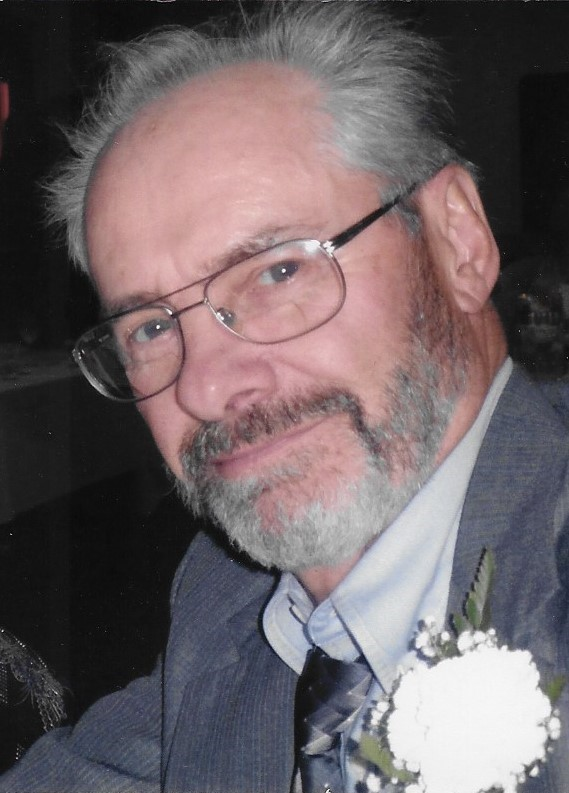 Please share a memory of Murray to include in a keepsake book for family and friends.
View Tribute Book
GOUVERNEUR – Murray Lee Andrews, age 82, of Gouverneur, passed away at home on August 18, 2021. There will be calling hours held at French Funeral Home in Gouverneur on Saturday, August 21, 2021 from 12:00 – 2:00 p.m. followed by his funeral service with military honors at 2:00 p.m. with Rev. Patricia Beauharnois officiating. There will be a Celebration of Life held at the Elks Lodge after the funeral service. Condolences, photos, and memories may be shared online at www.frenchfuneralhomes.com. Murray was born on May 28, 1939 at home in Fowler to the late John M. and Marion D. (Spicer) Andrews. He graduated from Gouverneur Central School in 1956. Mr. Andrews served in the United States Air Force from 1956 until his honorable discharge in 1960 and then earned his A.A.S. degree in Electrical Technology from Canton A.T.I. He worked as a Telecommunications Specialist on Fort Drum for 25 years, including 16 years in the United States Army Reserves, until his retirement in 2001. After the September 11th attack Murray was called back to work for the government and then did contract work for the Army Corp of Engineers until 2011. Murray married Lynda H. Wells, daughter of Lynn A. and Mabel M. (Roe) Wells, on March 10, 1962 at the Gouverneur First United Methodist Church officiated by Rev. Stanley Brown. The couple loved to travel and have been in every state, every province (except the North West Territories) as well as East and West Caribbean, Ireland, Barbados, Cancun, Bahamas, China, England, France, Switzerland, Germany, Holland, Belgium, and Panama. Murray was an outdoorsman who enjoyed working the land and hunting, and was a member of the California Club, American Legion, and a lifetime member of the Elks and the Rod and Gun Club. He was a man with a strong work ethic who enjoyed telling stories to his grandchildren, always leaving them laughing and asking for repeats. One of his favorite words of wisdom was, "No news is good news". His survivors include his wife of almost 60 years, Lynda, four children, Arthur Andrews Sr. and his wife, Denise, Amy Potter and her husband, James, Alan "A.J." Andrews and his fiancé, Janice Weidler, and Audrey Haynes and her husband, Randy, a sister, Marjorie Cole, a sister-in-law, Sharon Andrews, 9 grandchildren, Arthur (Jillian) Andrews Jr., Morgan (Cody) McCrea, Michelle (Aaron) Windsor, Danielle Potter and her fiancé, Micah Beltz, Nicholas (Katherine) Potter, Kaley and Alyssa Andrews, Kyle and Kassidy Myers, and 4 great-grandchildren, Arthur III and Benjamin Andrews, Jonathan and Hannah Windsor, and has one more on the way. He is predeceased by brothers, John and William Andrews, sisters, June and Howard Kammerer and Helen and William Knowlton, and a brother-in-law, Lawrence Cole. Donations in memory of Murray may be made to a charity of your choice.
To send flowers to the family or plant a tree in memory of Murray Andrews, please visit Tribute Store
Saturday
21
August

Share Your Memory of
Murray
Upload Your Memory View All Memories
Be the first to upload a memory!
Share A Memory
Send Flowers
Plant a Tree