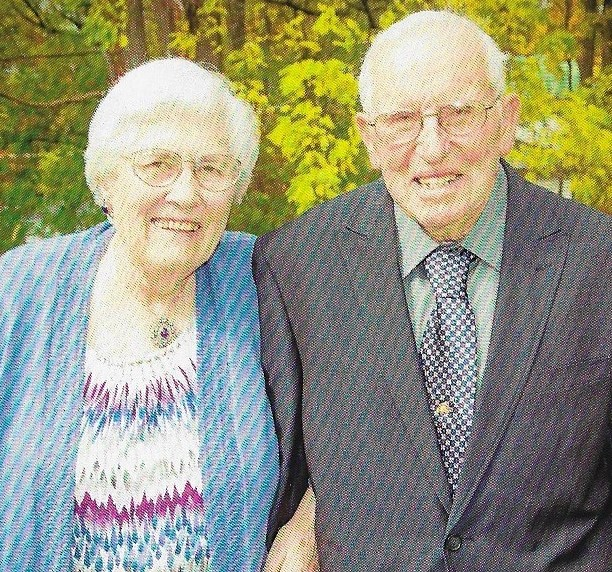 Please share a memory of Vivian to include in a keepsake book for family and friends.
View Tribute Book
MACOMB – Vivian L. Putman, age 87, of Macomb, passed away on July 3, 2021 at Highland Nursing Home in Massena where she has been for a short time. As per her wishes, there will be a graveside service held in the Hillcrest Cemetery in Heuvelton on Wednesday, July 7, 2021 at 11:00 a.m. There will be no calling hours. Arrangements are with French Funeral Home in Gouverneur. Condolences, memories, and photos may be shared online at www.frenchfuneralhomes.com. Vivian was born on October 11, 1933 to the late Murray E. and Beulah Vay (Merkley) Lumley. She graduated from Morristown Central School in 1951 and went to the C.C.B.I. Business School in Syracuse. Vivian married Chelson "Stub" G. Putman on August 6, 1955 at the Brier Hill Congregational Church. Mr. Putman passed away on August 17, 2015. Mrs. Putman helped with the family business, operating Fair Meadow Farm, as well as working as a secretary/receptionist for Senator Robert McEwen's office, Seymour Livestock Sales in Gouverneur, Tisdall Associates in Canton, and Corning in Canton. While working for Corning she also wrote up reports, acted as shipping clerk, and worked in quality control. Vivian enjoyed reading, especially Westerns and mysteries, worked on crossword puzzles, taught herself to play the piano, and liked to talk and visit. She was a member of the Macomb Grange since she was a teenager and was a member at the County level with the Pomona Grange. Her survivors include her three children, Aimee and Kevin Bresett of Macomb, Irene and Leslie Hargrave of Depeyster, and David Putman of Macomb. She is also survived by 7 grandchildren, Darin and Travis Bresett, Sara Hargrave-Roberts, Chelsea and Jesse Hargrave, David and Loren Putman, raised a niece, Salina Bacon, as a grandchild, and has 5 great-grandchildren. She is predeceased by her husband, Chelson "Stub" Putman, and her brother, Murray E. Lumley. Donations in memory of Vivian may be made to the Morristown Rescue Squad, PO Box 4, Morristown NY 13664.
To send flowers to the family or plant a tree in memory of Vivian Putman, please visit Tribute Store
Wednesday
7
July

Share Your Memory of
Vivian
Upload Your Memory View All Memories
Be the first to upload a memory!
Share A Memory
Send Flowers
Plant a Tree