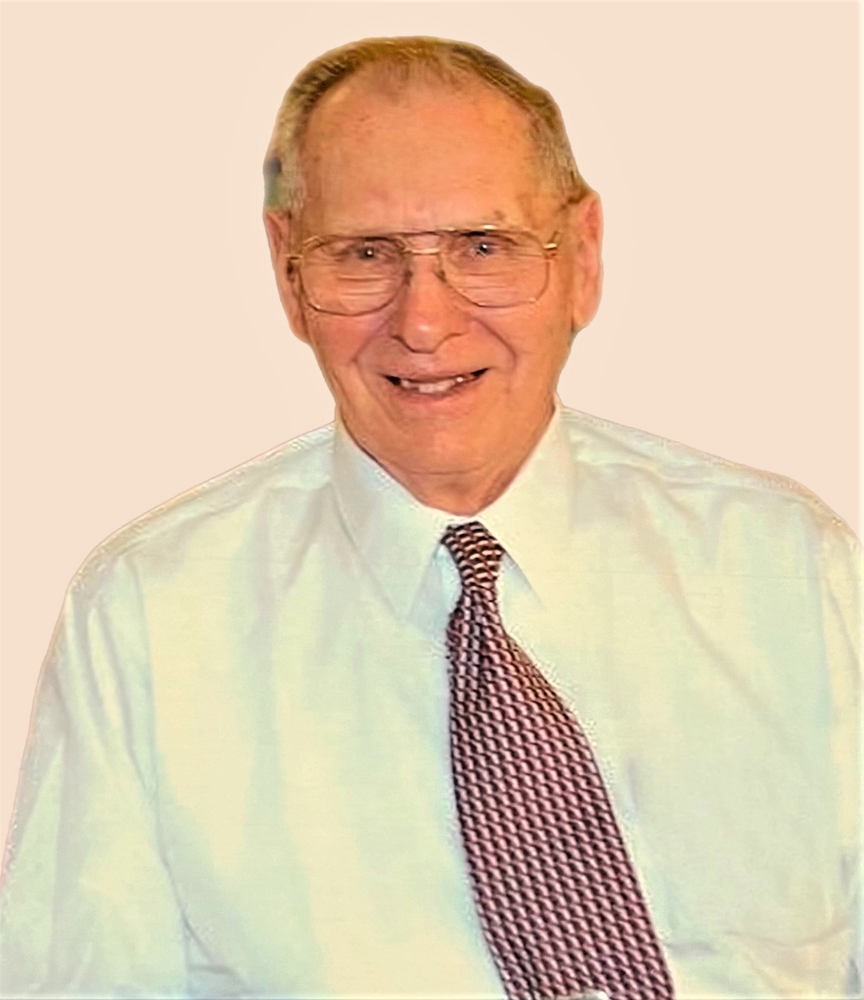 Please share a memory of Howard to include in a keepsake book for family and friends.
View Tribute Book
FOWLER - Howard Eugene Shippee, age 90, became part of the light of heaven on January 17, 2023 where he will have much peace in his heart and joy in his spirit. On October 5, 1932 he was born to the family of Charles and Marion (Fleming) Shippee. He attended a one-room school in Macomb for elementary grades. He was very grateful for this teacher who encouraged him and supported his education. Dad completed various certification programs for plumbing and heating throughout his career. He gained his equivalency diploma in 1953 of which he was very proud. Dad served in the United States Army during the Korean Conflict between 1952-1954. His work history included Rush Moore Paper Mill in Natural Dam. He worked at McCallister Oil Company for 20 years in the feed store and then in the heating department. Dad especially liked going to people's homes and getting their furnaces going–always helping out his fellow man. His final career move was to the New York State Department of Transportation as an equipment operator until his retirement in 1991. During the winter, we knew Dad would be out all night long getting the roads cleared for the safety of others. He also served as the Town of Fowler Town Hall Custodian for 39 years. He was the voting machine operator for Fowler elections, proud that he helped keep our democracy functioning. Family and friends were high on Dad's agenda: making time to see people and help people out. After retirement he was quick to have one of his famous doughnuts, cornmeal cookies, or a piece of pie ready for any gathering- going back to a bit of his army life of working in the mess. We just had to mention we liked a certain pie flavor and it was there at the next gathering. He was interested in many things and supported his community well. He maintained a lifelong interest in farming, helping on his Uncle and Aunt's farm (Kenneth and Polly Fleming) as a youth, running a dairy farm for a period of time with Mom, and then raising a variety of animals with his children, supporting their interests. The family had many pets over the years with Ralph, the Golden Retriever, holding a special place in Dad's heart. Since 1950, Dad has actively supported and worshiped at the Fowler Baptist Church serving that congregation and the American Baptist Association in a variety of roles. Dad's faith and acceptance of others brought him much joy and it showed with the people he interacted with. Dad was a Republican committeeman for several years and a member of the Odd Fellows. "Howie" as he was called by his buddies played softball and was in bowling leagues in his young adult years. Howard's parents were Charles and Marion (Fleming) Shippee. His beloved step-father was Claude Powers. A brother, Ivan, died as a toddler. Predeceasing him was his sister, Helen Shippee Blance (and her husband, James Blance) and his brother, Leonard (and his wife, Marjorie Love). He held his nieces and nephew and their families in high regard. On October 10,1951, Dad married Marie Gillett. Howard and "little" Marie were a mighty team in life. This partnership celebrated many adventures demonstrating a strong marriage of fun, friendship and faith. They lovingly took care of each other until Marie's passing in 2017. Soon afterwards, Dad became a resident at the United Helpers in Canton. Staff helped to make his time there feel like home; country rides and music lifted his spirit. Dad and Mom shared their love and faith in the family home in Fowler with their four sons: Paul and his wife Sue (Brothers) of Harrisville, Vern of Balmat, David and his wife Ruth (Hargrave) of Fort Edward, and Claude of Granville. He enjoyed being able to participate with his grandchildren's events and watch them develop into adults: Michael Shippee of Harrisville, Anna Shippee and her husband, Kameron Spaulding of Lenox Dale, MA, Hillary and her husband, Tyler Getty, of Kingsbury, and Abraham Shippee and his wife, Alexis (Willey) of Greenwich. Also surviving Howard are great-grandchildren: Angelina and Aiden Shippee and Rory Getty. Our Dad was a dedicated husband, father and grandfather using his Christian faith as his guiding light. He felt all things were possible through God. A celebration of Dad's life will be at his faith home, the Fowler Baptist Church on April 14th at 11:00 am. In celebration of Dad's spirit and light and desire to make the world a better place, contributions may be made to the Fowler Baptist Church or the Alzheimer's Association. Arrangements are with the French Funeral Home of Gouverneur. Condolences may be shared online at www.frenchfuneralhomes.com.
To send flowers to the family or plant a tree in memory of Howard Shippee, please visit Tribute Store
Friday
14
April

Share Your Memory of
Howard
Upload Your Memory View All Memories
Be the first to upload a memory!
Share A Memory
Send Flowers
Plant a Tree