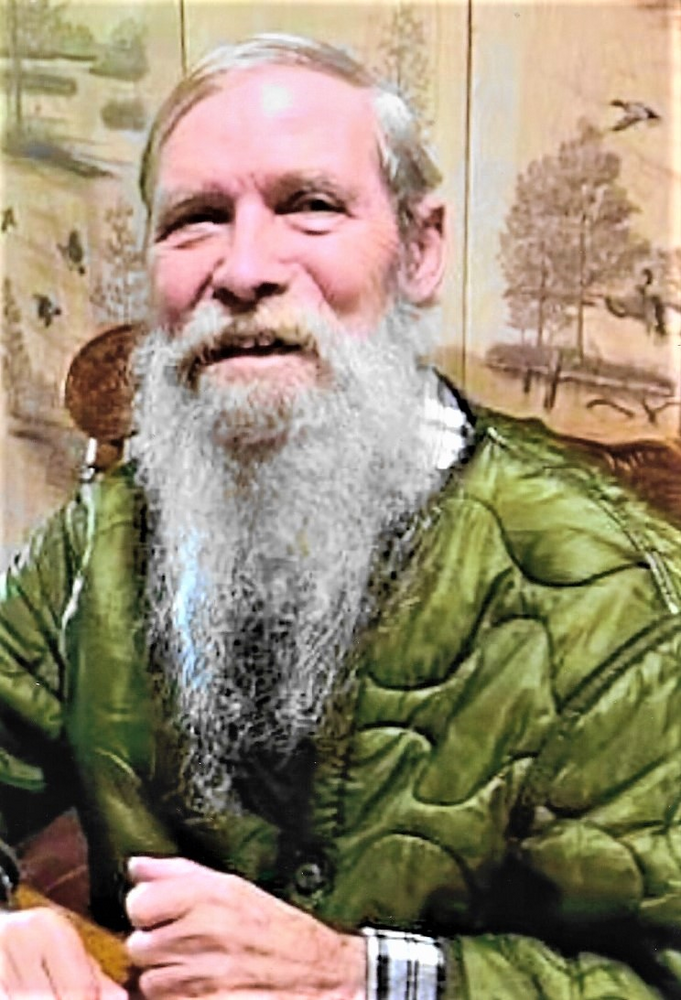 Please share a memory of Kirk to include in a keepsake book for family and friends.
View Tribute Book
FOWLER – Kirk D. Brown "Brownie", age 73 of Fowler, passed away on January 8, 2023 at the Canton-Potsdam Hospital. Calling hours will be held at French Funeral Home in Gouverneur on Friday, January 13, 2023 from 11:00 a.m. – 1:00 p.m. followed by his funeral service at 1:00 p.m. There will be a Celebration of Life following the service, held at the Gouverneur VFW. Kirk was born on April 30, 1949 in Gouverneur to the late Russell Brown. He graduated from Gouverneur Central School in 1968 and served in the United States Navy from 1968 until his honorable discharge in 1972. Kirk married Myrna M. Phillips on July 12, 1980. He and his family built their home in Fowler in 1992, including logs cut from their property. Kirk retired in 2012 from Fort Drum where he had worked as a mechanic and then later in warehouse inventory. He enjoyed hunting, fishing, and being in the woods. He cut firewood, made maple syrup, collected driftwood, did some woodworking, and rode motorcycles. He is survived by his wife, Myrna Brown, four sons, Marty and Erin Gates, Tim Thomas, Jason and Missy Brown, and John and Kourtni Brown, and siblings, John and Mary Kerr, Amy and Terry Barkley, and Karen Subach. He is also survived by 8, grandchildren and several nieces and nephews. Kirk is predeceased by a brother, Leon Brown, and a sister, Ruth Parrish. Donations in memory of Kirk may be made to Wounded Warrior Project, PO Box 758516, Topeka KS, 66675 or https://support.woundedwarriorproject.org.
To send flowers to the family or plant a tree in memory of Kirk Brown, please visit Tribute Store
Friday
13
January

Share Your Memory of
Kirk
Upload Your Memory View All Memories
Be the first to upload a memory!
Share A Memory
Send Flowers
Plant a Tree