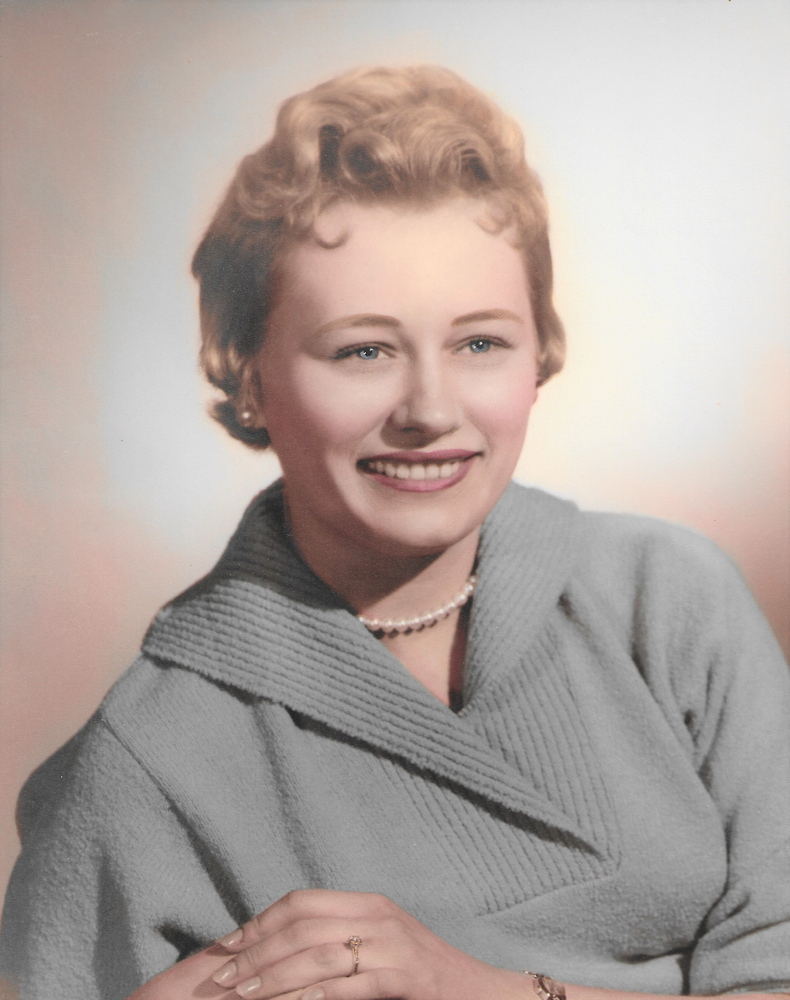 Please share a memory of Patricia to include in a keepsake book for family and friends.
View Tribute Book
GOUVERNEUR – Patricia "Pat" M. Hawes, age 83, of Gouverneur, passed away on Wednesday, November 23, 2022 at Carthage Area Hospital. There will be a graveside service held in the Dexter Cemetery at a later date. Arrangements are with French Funeral Home in Gouverneur. Condolences, memories, and photos may be shared online at www.frenchfuneralhomes.com. Patricia was born on December 28, 1938 in Brownville to the late Ralph Hart and Margaret Marie (Geng) Munson. She graduated from Brownville Central School at the age of 16 in 1954. Pat married Joseph J. Hawes on June 6, 1959. Mr. Hawes passed away on November 14, 2013. Pat began her working career right out of high school with the New York Telephone Company from 1954 until moving to Malone in 1967. In 1969 she moved to Gouverneur where she working in the billing department of E.J. Noble Hospital until 1983. In 1983 she moved to Henderson where she worked for the New York Telephone Company again until her retirement in 1995. Mrs. Hawes was a former Girl Scout Leader in Gouverneur and enjoyed knitting, reading and camping. She loved to travel, visiting her daughter, Jolene, in Louisiana during the winter months as well as traveling abroad to Hungary, Italy and Germany. Her survivors include her three children, Debra and Michael Hays of Gouverneur, Jolene and Bryan Owens of Eros, LA, and Timothy and Ruth Hawes of Henderson. She is also survived by 6 grandchildren, Michael, Danielle, Jamie, Tad, Erin, and Mary Margaret, and 12 great-grandchildren. Donations in memory of Patricia may be made to the Gaucher's Foundation, 2227 Idlewood Road, Suite 6, Tucker, GA 30084 or to the National Multiple Sclerosis Society, PO Box 4527, New York, NY 10163.
To send flowers to the family or plant a tree in memory of Patricia Hawes, please visit Tribute Store

Look inside to read what others have shared
Family and friends are coming together online to create a special keepsake. Every memory left on the online obituary will be automatically included in this book.
View Tribute Book
Services for Patricia Hawes
There are no events scheduled. You can still show your support by sending flowers directly to the family, or planting a memorial tree in memory of Patricia Hawes.
Visit the Tribute Store

Share Your Memory of
Patricia
Upload Your Memory View All Memories
Be the first to upload a memory!
Share A Memory
Send Flowers
Plant a Tree