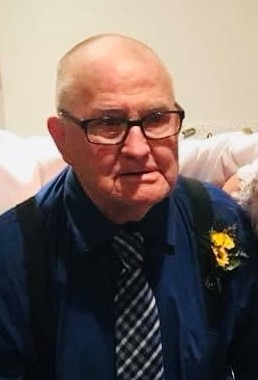 Obituary of Guy A. Law

Please share a memory of Guy to include in a keepsake book for family and friends.
View Tribute Book
WATERTOWN- Guy A. Law, age 88, of Watertown, NY, but formerly of Edwards, NY, passed away on Tuesday, November 22, 2022 at Summit Village in Watertown. Guy was born on October 12, 1934 in Fine, NY to the late Carlos and Mary (Ward) Law. He attended Oswegatchie Union Free School and then graduated from Clifton-Fine Central in 1951. Guy then entered into the United States Army in April 1955 and served active duty until March 1958. He then continued with the Army Reserves until his honorable discharge in April 1963. He married Yvonne Wood on September 29, 1958. The marriage ended in divorce. He married Hazel Jean Hall on June 26, 1971. Jean passed away on January 24, 2006. In 2008, he reconnected with his first wife, Yvonne. Guy worked as a heavy equipment operator for the Town of Fine Highway Department for 31 years. He was a member of the Edwards Wildwood Masonic Lodge. He enjoyed hunting, fishing, camping, bowling and spending time with his family. Surviving is his companion, Yvonne Law (his first wife); a daughter, Dawn and Thomas Tehonica of Watertown; his step children, Charlotte Warnes of Las Vegas, Nevada and David Van House of Lorton, VA; a brother, Percy and Maxine Law of Fine, NY; nine grandchildren, eight great grandchildren and several nieces and nephews. Guy is predeceased by two step sons, Douglas and Donald Van House; a step daughter, Trudy Wright; four brothers, Charles, Ward, Donald and Tony Law; six sisters, Evangeline Law, Lurah Matthews, Florence Fulmer, Fern Thivierge, Edna Mallette and Shirley McCartin; and one grandson. There will be a funeral service for Guy on Friday, December 9, 2022 at 11:00 a.m. at French Funeral Home in Edwards with Military honors. Condolences may be shared online at www.frenchfuneralhomes.com.
To send flowers to the family or plant a tree in memory of Guy Law, please visit Tribute Store
Friday
9
December

Share Your Memory of
Guy
Upload Your Memory View All Memories
Be the first to upload a memory!
Share A Memory
Send Flowers
Plant a Tree