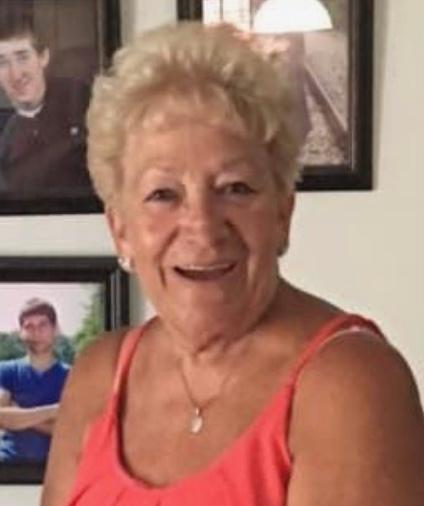 Obituary of Connie A. Kinney

Please share a memory of Connie to include in a keepsake book for family and friends.
View Tribute Book
GOUVERNEUR- Connie A. Kinney, age 73, of Gouverneur, NY passed away on Monday, October 24, 2022 at Claxton Hepburn Medical Center in Ogdensburg, with her family by her side. There will be calling hours for Connie on Thursday, October 27, 2022 from 4:00-7:00 p.m. at French Funeral Home, Gouverneur. Her funeral service will be on Friday, October 28th at 11:00 a.m. at the funeral home with her longtime friend, James LaRue officiating. Burial will follow at Maple Grove Cemetery in Richville. Condolences, memories and photos may be shared online at www.frenchfuneralhomes.com. Connie was born on May 20, 1949 in Gouverneur, NY to the late Howard and Janice (Jenkins) Loucks. She graduated from Gouverneur Central School in 1968. On March 16, 1968, Connie married the love of her life, Earl L. Kinney at the North Gouverneur Methodist Church with Rev. Stanley Brown officiating. Earl passed away on December 30, 2015. Connie stayed home to raise her four daughters and she also babysat for all the neighborhood children. Later, after the children were grown, she went to work on the assembly line at McAdam's Cheese Factory for a few years. She enjoyed going out dancing, watching karaoke, hunting, fishing, shopping and most importantly, spending time with her family. Surviving are her four daughters and their spouses, Lisa Foster and Eric Matice, Tammy and Tony Simmons, Amy and Darren "Duffy" Bush and Cathy and Jacob Schiszler; two brothers, Charles and Carol Loucks and James and Rachel Loucks; three sisters, Linda and Gary Scott, Barbara and Randy Dillman and Pam Loucks; nine grandchildren, Chelsey and her wife Anna, Mackenzie, Nathan, Whitney, Aaron, Nikolaus, Cassandra, Bill and Ben; three great grandchildren, Haven, Brady and Jude and several nieces and nephews. Connie is predeceased by her husband Earl, her parents and two brothers, Frederic and John Loucks. Donations may be made in Connie's memory to the Gouverneur Volunteer Rescue Squad, P.O. Box 164, Gouverneur, NY 13642.
To send flowers to the family or plant a tree in memory of Connie Kinney, please visit Tribute Store
Thursday
27
October

Share Your Memory of
Connie
Upload Your Memory View All Memories
Be the first to upload a memory!
Share A Memory
Send Flowers
Plant a Tree