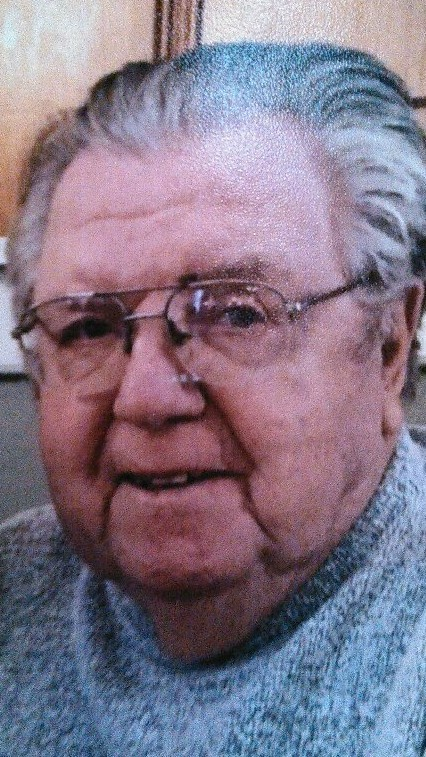 Obituary of Robert A. Crary

Please share a memory of Robert to include in a keepsake book for family and friends.
View Tribute Book
NEWTON FALLS – Robert A. Crary, 96, formally of Newton Falls peacefully passed away on October 11, 2022 surrounded by his Family at the Maplewood Nursing Home. Calling Hours will be from 1:00 pm until 4:00 pm on Monday, October 17 at the French Family Funeral Home in Star Lake with a Mass of Christian burial on Tuesday at 11:00 at St. Hubert's Catholic Church in Star Lake. Bob was born on August 6th, 1926 in Alexandria Bay. He was the son of the late Robert Allen and Grace (Lowe) Crary. He graduated from Alexandria Bay High School in June of 1943. After graduation he enlisted in the United States Navy serving from 1943 to 1946 where he was stationed aboard the USS LST 390, USS LST702 and the USS LST 553 during WWII in the Pacific Theatre as a Ship's diver and welder. He was awarded the American Theatre Medal, Asiatic Pacific Medal, WWII Victory Medal and the Good Conduct Medal. After his Honorable discharge Bob met and married Patricia A. Forkey on May 5th, 1951. She preceded him in death on December 14th, 1998. Mr. Crary attended the Spartan School of Aeronautics in Tulsa, Oklahoma, where he received his Pilot's Certification in Single Engine Aircraft. He also attended St. Lawrence Technical School receiving his certification in Plumbing and Welding. Bob enjoyed racing his Hydro-Plane boat, the Wild Goose where he placed 1st and 2nd in many races. To this day Bob holds the New York State record in the BU Class for Outboard Racing. Mr. Crary worked at the Jones and Laughlin Mining Company for 3 years until going to work for the Newton Falls Paper Mill for 42 years as a Maintenance Supervisor until his retirement in 1990. Bob and Patsy, as they were both known, retired from Newton Falls Paper Mill in June of 1990. Years Later they purchased a Summer Camp on Black Lake where they enjoyed their retirement time with their Children and Grandchildren. Mr. Crary was an avid Hunter and Fisherman. He was a Member of the Newton Falls Fire Department since 1951, a Member of the Mervin Eno American Legion Post 1125 and a Life Member of the VFW Post 1194. Shortly after retiring, he traveled to Wyoming and went on an Elk Hunt with his son Patrick where he shot and killed his first Elk. After his Wife passed away in 1998, He enjoyed the Companionship of Korleen Forkey. Together they traveled the Country visiting Family and Friends. They eventually found a Home in Summerton, South Carolina where they enjoyed their winter months for years and returned to Newton Falls for the Summer. Due to Failing Health Issues Mr. Crary moved to his Son's house in Potsdam where he resided until moving into Maplewood. Mr. Crary is predeceased by his Siblings George, Louise, Florence, Charles and Catherine. He is survived by his Seven Children, Daughter Susan (Greg), Ocala, Florida, son Michael (Giselle) Orlando, Florida, son Patrick, Riverton, Wyoming, daughter Ruth (Michael), Unadilla, New York, daughter Laurie, Cape Coral, Florida, son Robert (Catherine) Potsdam, New York, son Joseph, Mesa, Arizona ,18 Grandchildren and 16 Great Grandchildren and several nieces and nephews. The Family of Bob Crary wish to extend their deepest appreciation to the entire staff of the United Helpers Maplewood Adult Care Home who provided him with the day to day care he so deserved, especially the Doctors, Nurses and Nursing Aid staff. Donations in Bob's Memory may be made to the Newton Falls Fire Department or the Clifton-Fine Hospital Auxiliary. Condolences may be shared online at www.frenchfuneralhomes.com.
To send flowers to the family or plant a tree in memory of Robert Crary, please visit Tribute Store
Monday
17
October