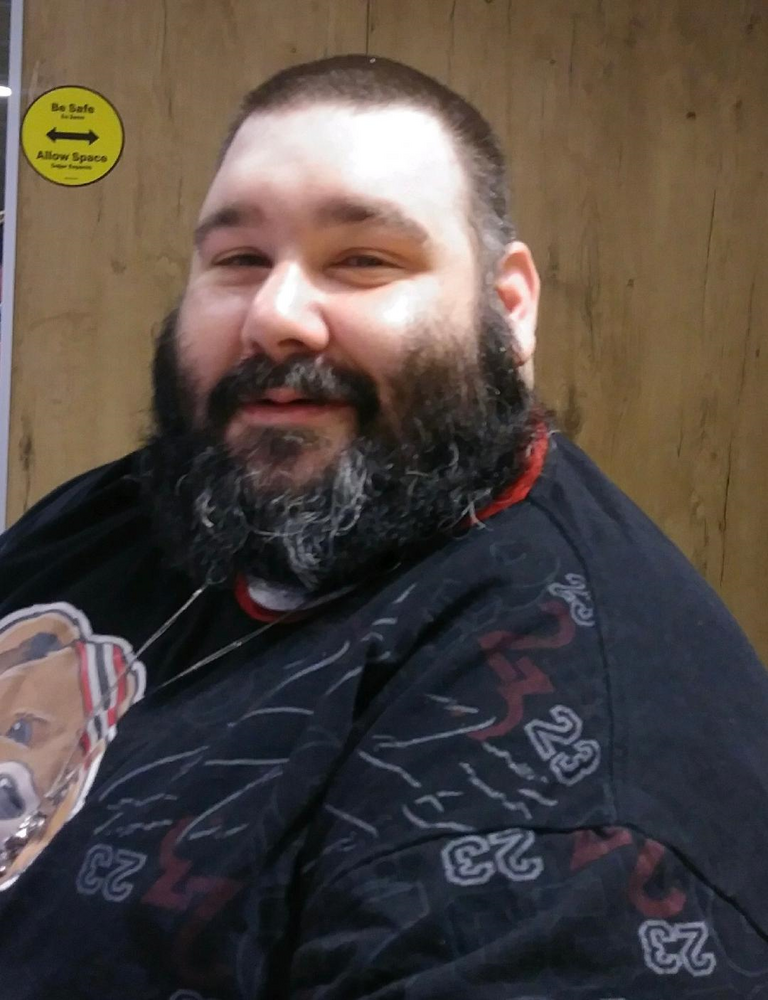 Please share a memory of Daniel to include in a keepsake book for family and friends.
View Tribute Book
GOUVERNEUR – Daniel "Danny" Earl Miller, age 38, formerly of Gouverneur, passed away unexpectedly on Sunday, September 18, 2022 in Watertown. Arrangements are private with French Funeral Home in Gouverneur. Condolences, memories, and photos may be shared online at www.frenchfuneralhomes.com. Danny was born on June 14, 1984 in Gouverneur to the late Stewart "Stewie" E. Miller and Tammy A. (Peden) Law who survives him. He attended Gouverneur Central School. Danny enjoyed going to the casino and was a frequent winner on his scratch-off tickets. He loved hanging out with his nephew Ethan; they had lots of fun together. Danny is survived by his mother, Tammy Law; his paternal grandmother, Alice Miller-Berry; his brother, Joseph Miller; his nephew Ethan; his step mother, Laura Miller; his aunts, Sheryl and Herbert Simmons, Sally Holland, Melissa Miller; his uncle, Steven Miller along with his many cousins, and friends. He is predeceased by his father, Stewart Miller; his paternal grandfathers, Earl Miller and James Berry; his maternal grandmother, Barbara Peden; his sister, Dawn Miller and his uncle, Samuel Miller. Donations in memory of Danny may be made to a charity of your choice.
To send flowers to the family or plant a tree in memory of Daniel Miller, please visit Tribute Store

Look inside to read what others have shared
Family and friends are coming together online to create a special keepsake. Every memory left on the online obituary will be automatically included in this book.
View Tribute Book
Services for Daniel Miller
There are no events scheduled. You can still show your support by sending flowers directly to the family, or planting a memorial tree in memory of Daniel Miller.
Visit the Tribute Store

Share Your Memory of
Daniel
Upload Your Memory View All Memories
Be the first to upload a memory!
Share A Memory
Send Flowers
Plant a Tree