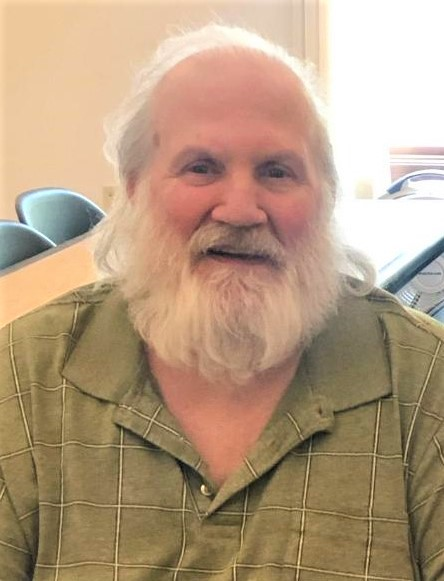 Please share a memory of Daniel to include in a keepsake book for family and friends.
View Tribute Book
STAR LAKE- Daniel M. Rice, age 67, of Star Lake, NY, passed away on Tuesday, September 6, 2022 at Rochester General Hospital. There will be a graveside service on Saturday, September 10, 2022 at 10:00 a.m. at St. Michael's Cemetery in Fine, NY. A celebration of his life will follow at the Star Lake Community Center. Arrangements are with French Family Funeral Home, Star Lake. Condolences may be shared online at www.frenchfuneralhomes.com. Daniel was born on May 25, 1955 in Gouverneur to the late Clarence William L. and Bernadette (Cahill) Rice. He graduated from Clifton-Fine Central School and then went on to work an apprenticeship, while also going to Rochester Institute of Technology. Daniel married Gail Patterson on August 17, 1974 in Newton Falls, NY. He worked at Kodak in Rochester as a machinist from 1973 until he became disabled in 1999. Dan loved his children and grandchildren. He also enjoyed hunting and fishing. Surviving is his wife, Gail; a daughter and her husband, Nicole and Daniel Reamer; two sons, Daniel Rice and Curtis and Michelle Rice; five grandchildren, Bradley, Luke, Abby, Zachary and Quentin; six brothers, Richard and Deborah, James and Sandy, Thomas and Rogene, Harold "Marty" and Krista, Douglas and Kevin and Kim Rice; a sister, Bernadette and Rodney Boula and several nieces and nephews. Daniel is predeceased by his parents and a brother, William Rice, who passed away in 1981. Donations may be made in Daniel's memory to the National MS Society, P.O. Box 91891, Washington, DC 20090-1891.
To send flowers to the family or plant a tree in memory of Daniel Rice, please visit Tribute Store
Saturday
10
September

Share Your Memory of
Daniel
Upload Your Memory View All Memories
Be the first to upload a memory!
Share A Memory
Send Flowers
Plant a Tree