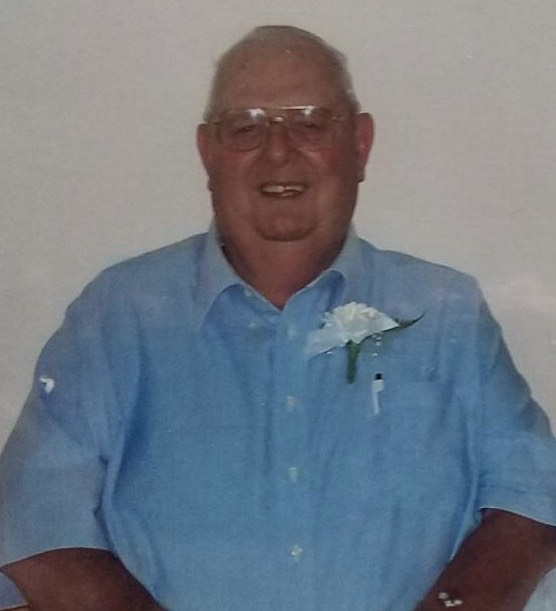 Please share a memory of Charles to include in a keepsake book for family and friends.
View Tribute Book
GOUVERNEUR- Charles "Chuck" H. Reynolds, age 85, of Gouverneur, passed away on August 30, 2022 at Carthage Center for Rehabilitation. Chuck was born on April 28, 1937 in Gouverneur, NY to the late Clair W. and Ruth E. (House) Reynolds. He attended Gouverneur Central School. He worked as a carpenter at St. Joe for many years and then worked as a night watchman at Gouverneur Talc until he became disabled. A marriage to Sally Ann Hillis ended in divorce. Chuck married Bethany E. Scott on August 10, 1968 at the Gouverneur United Methodist Church. Bethany passed away on August 22, 2014. Chuck was and exempt member of the Gouverneur Fire Department, the DADS Post 80 at the Gouverneur VFW, the American Legion and the Gouverneur Elks Lodge. He loved listening to country music, attending dances, watching old western movies and socializing with his friends and family. Surviving is two sons, Thomas Reynolds of Fulton and Lonny and Carol Scott of Gouverneur; three daughters Liane and Robert Beane of Gouverneur, Charlene and Dennis Wells of Rockmart, GA and Robin Sweeney of Gouverneur; a brother Joel and Norma Reynolds of Gouverneur; a sister, Gloria Youngs of Edwards; eight grandchildren, several great grandchildren and nieces and nephews. Chuck is predeceased by his parents, his wife, Bethany, three brothers, Adelbert, John and Kenneth Reynolds; three sisters, Carolyn Hubbard, Clarine Kerr and Nora Jean Aldridge; and a son-in-law, Michael Sweeney. Calling hours for Chuck will be on Wednesday, September 7, 2022 from 2-4 and 6-8 at French Funeral Home in Gouverneur. His funeral service will be on Thursday, September 8th at 11:00 a.m. at Hailesboro Cemetery with Tom Nichols officiating. Burial will follow at Hailesboro Cemetery, Gouverneur. Condolences and photos may be shared online at www.frenchfuneralhomes.com. Donations may be made in Chuck's memory to the Gouverneur Volunteer Fire Department, 1035 US Hwy. 11, Gouverneur, NY 13642.
To send flowers to the family or plant a tree in memory of Charles Reynolds, please visit Tribute Store
Thursday
8
September

Share Your Memory of
Charles
Upload Your Memory View All Memories
Be the first to upload a memory!
Share A Memory
Send Flowers
Plant a Tree