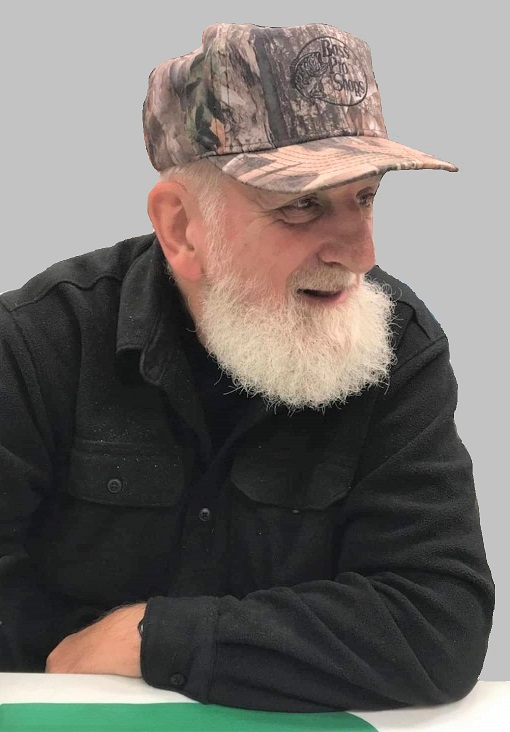 Please share a memory of James to include in a keepsake book for family and friends.
View Tribute Book
CANTON/STAR LAKE – James "Jim" E. Farnsworth, age 77, of Canton and formerly of Star Lake passed away on August 28, 2022 at his home. Calling hours will be held at French Family Funeral Home in Star Lake on Thursday, September 1, 2022 from 4:00 – 7:00 p.m. His funeral will be held on Friday, September 2, 2022 at 10:00 a.m. at the funeral home. Burial with military honors will follow at St. Hubert's Cemetery. Condolences, memories and photos can be shared online at www.frenchfuneralhomes.com. Jim was born on March 20, 1945 in Star Lake to the late Arthur J. Farnsworth, Sr. and Esther (Pickering) Farnsworth. He graduated from Tupper Lake Central School and served in the United States Navy from August 5, 1964 until his honorable discharge on June 14, 1968. In the Navy, Jim was a nuclear sub tender on the USS Hunley. He married the love of his life, Cynthia "Cindy" Varden, on August 16, 1969. Cindy passed away on December 5, 1986. Jim had worked at Altamont Milk Plant in Tupper Lake before beginning his career with Newton Falls Paper Mill. He worked there for many years, retiring as a Coater Operator. After retirement, Jim worked as a laborer for NYDEC where he was proud to learn how to operate a bulldozer. Jim was an outdoorsman who enjoyed hunting as well as bow hunting, fishing and trapping. He was a founding member of Moose Head Mountain Club, a member of the Knights of Columbus, American Legion, and VFW. He had coached little league and above all, loved being Poppa to his grandchildren. His survivors include his children, Penny (Bruce) Newton, James "Jim" (Starlight) Farnsworth, Chris (Andrea) Farnsworth and his beloved grandchildren and great-grandchildren. He is predeceased by his parents, his wife, Cindy Farnsworth, his brother, Arthur "Sonny" Farnsworth, and a granddaughter, Karissa Mae Barber. Donations in memory of Jim may be made to the St. Lawrence County Cancer Fund, PO Box 291, Canton NY 13617.
To send flowers to the family or plant a tree in memory of James Farnsworth, please visit Tribute Store
Thursday
1
September