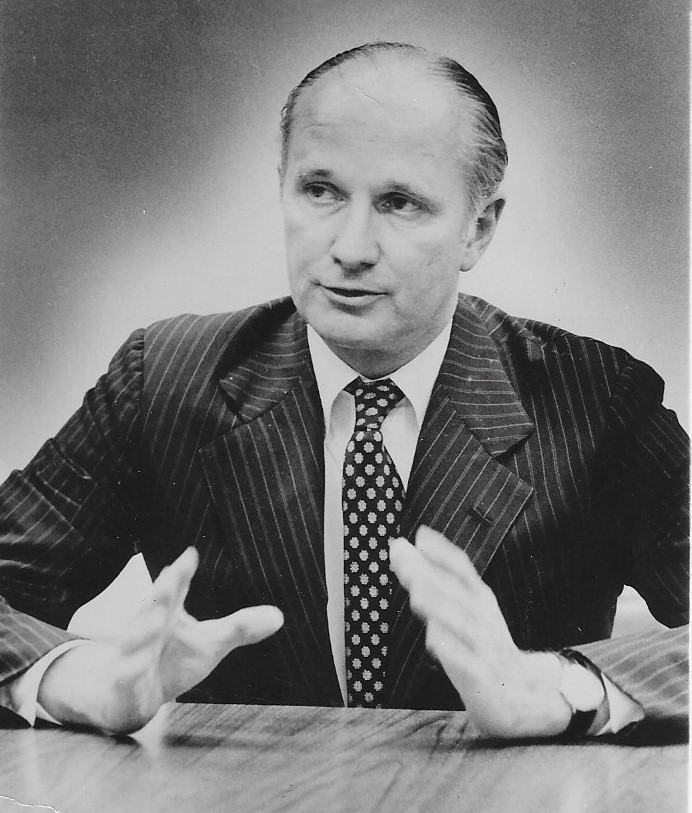 Please share a memory of James to include in a keepsake book for family and friends.
View Tribute Book
PITCAIRN/HERMON – James F. Morrill, age 92, formerly of Pitcairn and Hermon, passed away on June 26, 2022 at Cornerstone Hospice in The Villages, FL. There will be a private Military Honors Service at the Hermon Cemetery. Arrangements are with French Funeral Home in Gouverneur. Condolences, memories, and photos may be shared online at www.frenchfuneralhomes.com. James was born on January 26, 1930 in Canton, NY. He was a son of the late Stanley and Helena June (Hamilton) Morrill and grew up in Podunk, Hermon, NY. He attended the District #6 Podunk School and graduated from Hermon High School in 1945 at the age of 15. He attended Champlain College, received his BA in Chemical Engineering from Renselaer Polytechnic Institute in Troy, NY. James applied for and received a direct officer's commission into the U.S. Air Force on August 19, 1952. He was trained as a single engine jet fighter pilot and received the National Defense Service Medal. He was honorably discharged on February 24, 1957. He married Vera Ignatieff on May 28, 1956. She also served as an officer in the U. S. Air Force and worked as a registered nurse. The couple moved to Florida in 1990 but still visited New York often. Mrs. Morrill passed away on March 12, 2006 after nearly fifty years of marriage. Mr. Morrill began his career at Hercules Powder Co., Kenville, NJ working in quality control. He was a sales service representative for Union Carbide Corp., Buffalo, NY, a combustion engineer for Republic Steel Corp., Warren, OH for two years and a superintendent of the melt shop in their Warren, OH plant for eight years. James served as Vice President and General Manager of Copperweld Steel Co., also in Warren, OH, for two years. He was then recruited and served as President and C.E.O. for Continental Steel Corp., Kokomo, Indiana, which later became Penn-Dixie Steel Corp. In 1977 James was recruited by Wisconsin Steel Works, South Chicago, IL and served as their President and C.E.O. He owned his own steel company, Rhode Island Forging Steel, Inc., East Providence, RI from 1983 until 1988. In Rhode Island, he earned the title "Small Businessman of the Year" in 1985. Mr. Morrill ran Maynard Steel Castings, Milwaukee, WI from 1994 until his retirement in 1998. James is a past Director of the American Iron and Steel Institute, a past President of the Kokomo Chamber of Commerce, and a past member of the Duquesne Club in Pittsburgh. In his free time, he enjoyed hunting, fishing, and playing tennis and golf, plus he took delight in playing poker with his many relatives and friends. He is survived by his son, Dr. David J. Morrill of Pitcairn, his grandson, Patrik D. Morrill (with wife Amber) of Russell and granddaughter, Taylor S. Hays of Gouverneur. Mr. Morrill is also survived by two great grandsons, Miles Morrill and Kolton Hays, one great granddaughter, Maeli Morrill, two nephews and seven nieces. His brothers and sisters-in-law; Stanley Jr. and Shirley Morrill, and Gerald and Shirley Morrill, all of Hermon are deceased along with three nephews and one niece. Donations in memory of James can be made online to the Pulmonary Fibrosis Foundation (pulmonaryfibrosis.org).
To send flowers to the family or plant a tree in memory of James Morrill, please visit Tribute Store

Look inside to read what others have shared
Family and friends are coming together online to create a special keepsake. Every memory left on the online obituary will be automatically included in this book.
View Tribute Book
Services for James Morrill
There are no events scheduled. You can still show your support by sending flowers directly to the family, or planting a memorial tree in memory of James Morrill.
Visit the Tribute Store