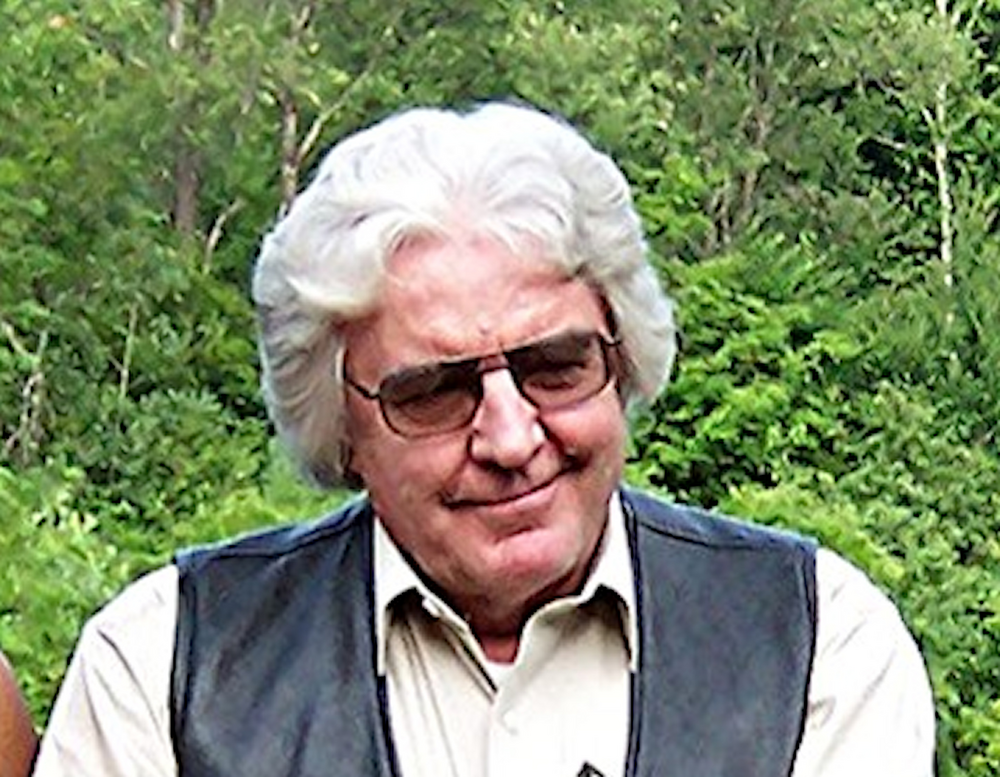 Please share a memory of Claude to include in a keepsake book for family and friends.
View Tribute Book
PITCAIRN – Claude F. Sprowls, age 80, of Pitcairn and formerly of Lisbon, passed away on Tuesday, May 24, 2022, at his home. Claude leaves behind his wife, Ruby, two brothers, William and Lance; three sisters, Claudette, Elaine, and Louise; and seven nieces; Beth, Kelly, Melyssa, Debbie, Cindy, Rhonda and Cheri, and nephew Mike, and cousins. Two sisters, Sylvia and Carmen, and a nephew James predeceased Claude. Claude relished his role as grandpa to Khayla, Robert, Caleb, Cameron, Chasity, Brooklyn, Carter, Blake, Mia, Brittin, and Baileigh, and a host of beloved friends too numerous to name. . On July 6, 1941, Claude was born to the late Leslie and Belle Sprowls. He grew up on the family dairy farm in Lisbon, NY, until graduating from Lisbon Central School in 1959. Upon graduation, Claude hitchhiked to California, the birthplace of the countercultural movement that influenced his generation and a nation. He served in the United States Army Military Police from 1963 until 1965, graduated from UC Berkeley in 1968, and worked for the Space Science Lab in Oakland. Claude's decade of adventures included Ram Doss, the leading spiritual Guru of the flower people, touring Alaska, an evening with Malcolm X, and even building a replica of the Wright Brothers' plane for a Stacy Ketch's movie and befriended by Andy Griffin. Claude returned to northern New York, earned a master's from St. Lawrence University, and served as a Psychologist and Special Education Director for Canton Central Schools until retiring in 1991. In retirement, Claude pursued fine woodworking in his Pitcairn workshop. Claude wrote that "My love of woodworking began in stages in his own words. I first learned to use hand tools growing up on the farm in Lisbon, NY. After my time in California, I helped build a (Wright Brother's replica) plane for a movie. I enjoyed every minute of that adventure since I was very involved in getting that plane constructed and keeping it flying on location. Wherever I happened to be living at the time, I had some shop to tinker and work. At one point, I did a lot of rough carpentry rebuilding old houses in the Canton and Potsdam, NY area. But I wanted to hone my skills and do more refined woodwork, and after I built my dream place in the Adirondacks, I put together a well-equipped woodshop and started making high-end trunks, flag cases, and chests, jewelry boxes, and cremation urns." Claude also took pleasure in writing a weekly opinion column for a local paper in which most couldn't decide if he was liberal or conservative. In 2005, he married Ruby and continued his love of animals, nature, and lifelong flying desire. He purchased an ultra-light plane and achieved his solo flight with great fanfare. Never losing his wanderlust, Claude spent his winters touring the western United States in his custom RV converted from a rescue squad ambulance. Claude lived his entire life on his terms, leaving nothing on his bucket list except for memories to treasure. There will be no formal funeral or memorial services following Claude's final wishes. A Celebration of Life Gathering is scheduled for Saturday, August 13, 2022, anytime between 2 and 6 p.m. at the Sprowls Compound located at 260 Fullerville Road, Pitcairn, NY 13648. Arrangements are with French Funeral Home in Gouverneur. Please share condolences, memories, and photos online at www.frenchfuneralhomes.com.
To send flowers to the family or plant a tree in memory of Claude Sprowls, please visit Tribute Store
Saturday
13
August

Share Your Memory of
Claude
Upload Your Memory View All Memories
Be the first to upload a memory!
Share A Memory
Send Flowers
Plant a Tree