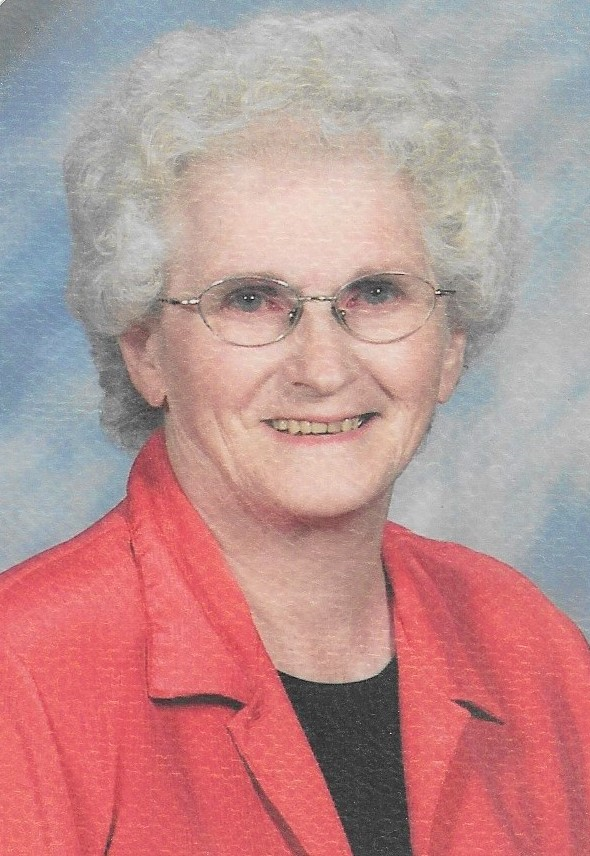 Please share a memory of Elsie to include in a keepsake book for family and friends.
View Tribute Book
ELMDALE – Elsie J. Griffith, age 93, of Elmdale, passed away at her home on the family farm on April 27, 2022. She had lived there for 72 years. Calling hours will be held at French Funeral Home in Gouverneur on Monday, May 2, 2022 from 11:00 a.m. – 1:00 p.m. Her funeral service will follow at 1:00 p.m. at the funeral home. Burial will be in Riverside Cemetery, Gouverneur. Condolences, memories, and photos may be shared online at www.frenchfuneralhomes.com. Elsie was born on September 21, 1928, the daughter of Robert and Jenny (Campbell) Wilson. She graduated from Gouverneur High School in 1945 and Watertown School of Commerce in 1946. She was employed as a secretary at International Talc Co. until her marriage. Elsie married William V. Griffith on July 31, 1950 at the Gouverneur First Presbyterian Church officiated by Rev. Schofield. She and William operated a dairy farm in Elmdale for many years. After the sale of the dairy, they continued to raise dairy replacement heifers and hay. Elsie loved working with figures and always kept a perfect set of books for the business. Elsie enjoyed travelling with William throughout the United States and Europe and touring on their Indian motorcycle. She was an active blue-birder and kept meticulous records of their nests. She was an accomplished genealogist. After Williams's death on October 28, 2002 Elsie continued work on the farm by preparing and planning meals for the many boys who worked there putting the hay crop in during the summers. She continued to do this until her eyesight failed. She continued to enjoy summers on the porch and visits from her neighbor, Robbie Welch. Elsie is survived by a daughter and son-in-law, Claire and Ken Wolf who continue to manage the farm and a daughter and son-in-law, Kay and Welby Reynolds of Williston, VT. She is also survived by her grandchildren, Jared Reynolds and his wife, Kat, and Lizzie Jane Reynolds, all of Williston, VT. Elsie will be greatly missed for her kind nature, sound judgement and independent spirit. She believed in the teachings of the Bible and the importance of feeding the needy. In lieu of flowers, contributions may be made to Grace Food Pantry, 52 Church Street, Gouverneur NY 13642. The family would like to thank Dr. Reason and Joy Markwick's staff, Dr. Alka and the staff of the Richard Winter Cancer Center for the many years of compassionate care they provided Elsie.
To send flowers to the family or plant a tree in memory of Elsie Griffith, please visit Tribute Store
Monday
2
May

Share Your Memory of
Elsie
Upload Your Memory View All Memories
Be the first to upload a memory!
Share A Memory
Send Flowers
Plant a Tree