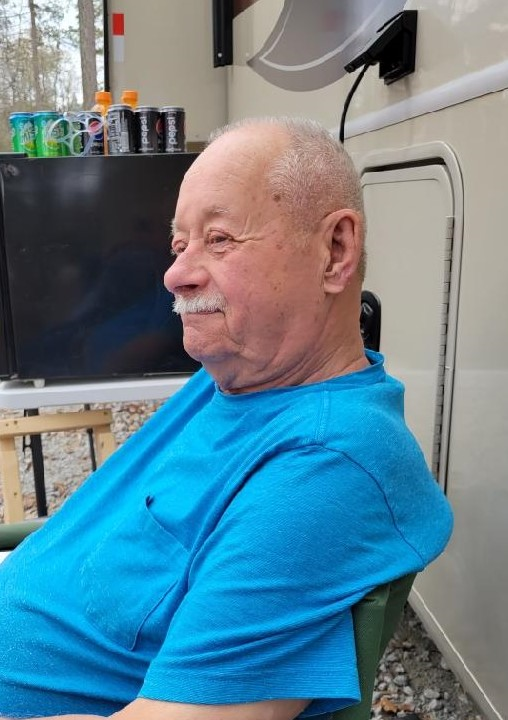 Obituary of Roy B. Forsythe

Please share a memory of Roy to include in a keepsake book for family and friends.
View Tribute Book
GOUVERNEUR- Roy B. Forsythe, age 75, of Gouverneur, passed away on April 25, 2022 at home. There will be a graveside service with military honors for Roy on Wednesday, May 4, 2022 at 11:00 a.m. at Fairview Cemetery in Canton. Condolences may be shared online at www.frenchfuneralhomes.com. Roy was born on February 21, 1947 in Gouverneur, NY to the late Carlton W. and Mary M. (Wood) Forsythe. He attended Knox Memorial Central School in Russell, but graduated from Gouverneur Central School in 1966. He married Karen Butler on July 23, 1966 and then in October he entered into the United States Army and served until his honorable discharge in 1968. During his battle in Vietnam, Roy received three purple hearts and a bronze star. Once discharged from the Army, Roy worked for St. Joe for 18 ½ years until they closed. Then he went to work as a Maintenance Mechanic for Ft. Drum for 23 years until his retirement. Roy is a lifetime member of the Gouverneur VFW and the Gouverneur Elks Lodge. He enjoyed hunting, doing carpentry work and helping friends do remodeling. He also enjoyed traveling with his wife in their RV. Roy is survived by his wife, Karen; two daughters and their husbands, Kimberly and Kenneth Weeks of Oneonta, NY and Kathy and Timothy Drake of Albion, NY; a brother, Carlton Forsythe Jr. of Gouverneur; two sisters, Carlene Forsythe of Gouverneur and Janice Forsythe of Dekalb; six grandchildren, five great-grandchildren and several nieces and nephews. Donations may be made in Roy's memory to the Wounded Warriors Project at https://support.woundedwarriorproject.org or P.O. Box 758516, Topeka, Kansas 66675-8516.
To send flowers to the family or plant a tree in memory of Roy Forsythe, please visit Tribute Store
Wednesday
4
May

Share Your Memory of
Roy
Upload Your Memory View All Memories
Be the first to upload a memory!
Share A Memory
Send Flowers
Plant a Tree