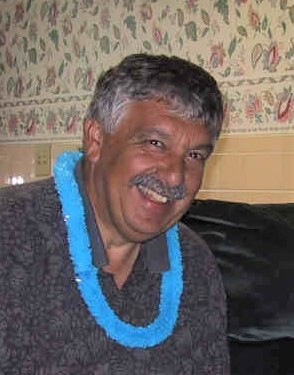 Please share a memory of James to include in a keepsake book for family and friends.
View Tribute Book
RUSSELL – James R. Bruno, Born May 1, 1947, the son of the late Anthony & Margaret Bruno of Allegany, NY, died on March 27, 2022 in Russell at the age of 74. Surviving are his two sons, Jason Bruno, of Ticonderoga, NY and Neal Bruno (Shannon) of Ft. Lauderdale, Fl., along with his grandchildren. Jim has three surviving siblings. Joseph Bruno (Marlene) of Greendale, WI., Anthony Bruno (Gloria) of Johnstown, NY and Lori Lundy (Robert) of Monroe, NC. Jim graduated from Allegany Central High School in 1965 followed by one year at Alfred Tech College. Jim enlisted in the United States Air Force in 1966 and was stationed in Da Nang, Vietnam. Upon his honorable discharge he enrolled at Clarkson University in 1971. He received a Bachelor of Science degree with distinction in Mechanical and Industrial Engineering in the spring of 1975. In March of 1971, Jim and his business partner Howard Cornwell started B&C sanitation. In April of 1987 they merged with Chet Bisnett and formed Waste Stream Management adding recycling and steel fabrication along with their sanitation business. In July of 1987 they started Waste Stream environmental. Jim loved to hunt and fish and was a member of the Madawaska hunting club for many years and until his passing. Memorials can be made to the Russell Methodist Church, Pestle St. Rd., Russell, NY 13684 or to one's local VFW. A celebration of life will take place at a later date and time at the family's convenience. Arrangements are with the French Funeral Home in Edwards. Condolences memories and photos may be shared at www.frenchfuneralhomes.com.
To send flowers to the family or plant a tree in memory of James Bruno, please visit Tribute Store

Look inside to read what others have shared
Family and friends are coming together online to create a special keepsake. Every memory left on the online obituary will be automatically included in this book.
View Tribute Book
Services for James Bruno
There are no events scheduled. You can still show your support by sending flowers directly to the family, or planting a memorial tree in memory of James Bruno.
Visit the Tribute Store