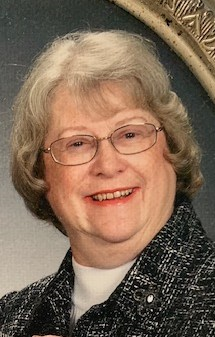 Please share a memory of Elaine to include in a keepsake book for family and friends.
View Tribute Book
Elaine J. Mazurowski, age 79, of Guilderland, NY, but formerly of Felts Mills, NY, passed away on Thursday, March 31, 2022 at Our Lady of Mercy Nursing Home in Guilderland. Elaine was born on November 11, 1942 in Plattsburgh, the daughter of the late Clarence C. and Catherine V. (Blow) Peryer. She graduated from Altona Central School in 1961 and graduated from Syracuse Beauty School in 1962. She married Richard V. Mazurowski on August 18, 1962 at St. Joseph's Catholic Church in West Chazy with Rev. Leon Lagualt officiating. Richard passed away on February 10, 2015. Mrs. Mazurowski was a homemaker who had also worked at a beauty shop in Plattsburgh and was a salesperson for Sarah Coventry for around ten years. Elaine was the Red Hat Queen of Group # 55229, also known as the Red and Purple Passion, a member of the Carthage Red Hat Group, known as the Red Roses, and a member of the Felts Mills American Legion Auxillary, the Samaritan Pulmonary/Cardio Rehabilitation Group, and enjoyed camping. Her survivors include a son and his wife, Alan R. and Jennifer Mazurowski, a daughter and her husband, Mariann and David Amodio, a brother and two sisters-in-law; Ronald L. and Betty Peryer, and Beverly Peryer, and a grandson, Zachary Mazurowski and his fiancé, Kelsie DeChantal. She is predeceased by a brother, Robert C. Peryer. Her calling hours will be on Tuesday, April 5, 2022 from 10:30 a.m. – 12:30 p.m. at French Funeral Home, Gouverneur. Her funeral service will follow at 1:00 p.m. at St. James Catholic Church, Gouverneur with Father Jay Seymour officiating. Burial will be in Riverside Cemetery, Gouverneur. Condolences may be shared online at www.frenchfuneralhomes.com. Donations in Mrs. Mazurowski's memory may be made to the Village of Black River Rescue Squad or the Jefferson County SPCA. Her family would also encourage Mass cards to be sent.
To send flowers to the family or plant a tree in memory of Elaine Mazurowski, please visit Tribute Store
Tuesday
5
April

Share Your Memory of
Elaine
Upload Your Memory View All Memories
Be the first to upload a memory!
Share A Memory
Send Flowers
Plant a Tree