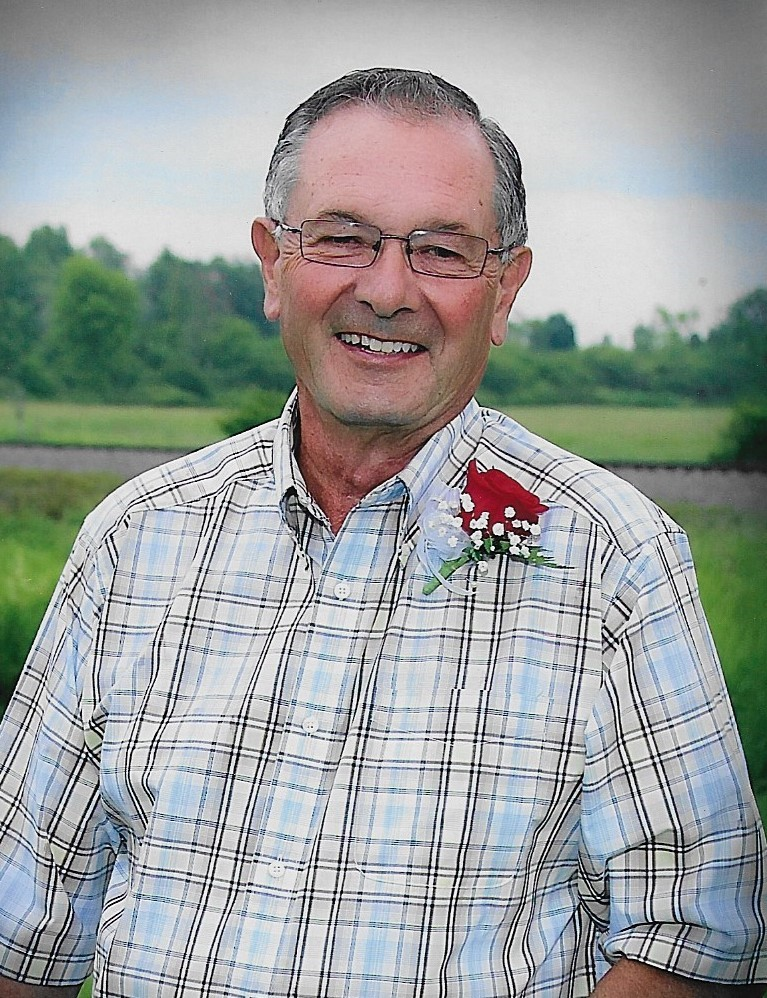 Please share a memory of Gerald to include in a keepsake book for family and friends.
View Tribute Book
GOUVERNEUR – Gerald M. Hewitt, Sr., age 81, passed away on March 19, 2022 at Samaritan Medical Center in Watertown. Calling hours will be held at the Gouverneur Community Center on Thursday, March 24, 2022 from 11:00 a.m. until 1:00 p.m. with his funeral service immediately following at 1:00 p.m. Inurnment will follow in the Columbarium of East Riverside Cemetery in Gouverneur. Arrangements are with French Funeral Home in Gouverneur. Condolences, memories, and photos may be shared online at www.frenchfuneralhomes.com Gerald was born on March 26, 1940 in Antwerp to the late Merton and Gertrude (Hagerer) Hewitt. He graduated from the Gouverneur Central School in 1958. Gerald married Connie Putman on August 27, 1961 at the Gouverneur Methodist Church with Rev. Stanley Brown officiating. Mr. Hewitt was the owner and operator of Empire Northeast in Gouverneur for many years. He previously was a dairy farmer at the Hays Farm, worked for the Newton Falls Paper Mill, and for MPS Roe as a fuel oil distributor. He enjoyed traveling and time spent at Sylvia Lake and in Florida. He was a member of the Gouverneur ELKS Lodge, Gouverneur Methodist Church where he served as a Trustee for many years, and was the former President of Cerebral Palsy of the North Country out of Canton. His survivors include his wife, Connie Hewitt; four children, Gerald "Joe" Hewitt, Jr., Jeffrey D. Hewitt, Robyn M. and Daniel Estey, Karen A. and Michael Frame. He is also survived by 5 grandchildren, 5 great grandchildren and has another on the way. Gerald is predeceased by two brothers, Bernard and Donald Hewitt; and three sisters, Marian Mason, Gladys Reynolds and Helen Murray. Donations in memory of Gerald may be made to the Judson Street IRA, C/o CP Association of the North Country, 4 Commerce Lane, Canton NY 13617.
To send flowers to the family or plant a tree in memory of Gerald Hewitt, please visit Tribute Store
Thursday
24
March

Share Your Memory of
Gerald
Upload Your Memory View All Memories
Be the first to upload a memory!
Share A Memory
Send Flowers
Plant a Tree