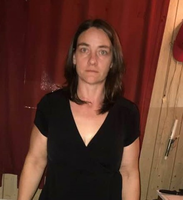 OSWEGATCHIE – Amber Lynne Bush, age 36, of Oswegatchie, passed away on December 24, 2020 at the University of Vermont Medical Center in Burlington, VT. Her funeral arrangements with French Family Funeral Home in Star Lake will be announced in the spring. Condolences may be shared online at www.frenchfuneralhomes.com. Amber was born on January 14, 1984 in Gouverneur to Steven Bush, Sr. and Kathleen (Finley) Bush. She graduated from Clifton-Fine Central School and earned an Associate degree in SUNY Canton. Amber worked in the health care field. She has worked for United Helpers Maplewood in Canton for over 5 years as a Certified Medication Technician. She had previously worked for Independent Living Project as well as a home health aide and private home care. Amber enjoyed reading, planting flowers, spending time with her animals, and cooking. She is survived by her father, Steven Bush, Sr. and his wife, Michelle, her mother, Kathleen Finley Bush, two children, Colby Michael Bush and Makenzie Mai Bush, their father and Amber's long time former companion, Brian Bush, her current companion, David Peabody, and siblings, Steven Bush, Jr., Jeremiah Bush, and Crystal Bush. Donations in memory of Amber may be made to a Go Fund Me page set up to cover her final expenses at https://www.gofundme.com/f/amber-bushs-funeral-expense.