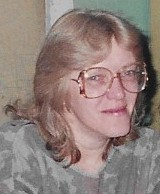 SYRACUSE- Diane L. Campbell, age 74 of Syracuse, but formerly of Edwards, passed away on Thursday, November 26, 2020 at her daughter's home under the care of Hospice. Calling hours for Diane will be on Monday, December 7, 2020 from 11:00 a.m.- 1:00 p.m. at French Funeral Home in Edwards. The funeral service will be private. Burial will be in Fairview Cemetery in Edwards. Condolences may be shared online at www.frenchfunerahomes.com. Diane was born on June 18, 1946 in Gouverneur, NY to the late Francis and Aletha (Farr) Barker. She graduated from Edwards Central School in 1964. A marriage to Bertrand Lutz ended in divorce. She married Tommy Campbell on May 25, 1991. Diane had worked at various nursing homes as a CNA, she worked in housekeeping at hospitals, waitressed and was the cafeteria supervisor at Abilene Independent School in Abiline, TX. She enjoyed reading, doing crafts and was often involved in volunteering at the Special Olympics, where her daughter participated. Surviving is her husband, Tommy, of Syracuse; two daughters, Laurie Lutz and Lisa Lutz, both of Syracuse; a brother, Jerry and Nancy Barker of Edwards; a sister, Clare Cole of Gouverneur; three grandchildren, Justin, Heather and Jimmy Paige, five great grandchildren and several nieces and nephews. Diane is predeceased by a son, Bertrand Lutz Jr., who passed away in 1986; two sisters, Rita Martin and Linda Towne and one great grandson, Kenneth King Paige.