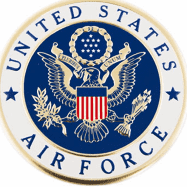 GOUVERNEUR – Richard "Dick" D. Perrin passed away on November 20, 2020 at St. Luke Health Services, Oswego, NY. Richard was born on May 24, 1933 in Gouverneur, NY, the son of the late Roswell and Beatrice Perrin. He graduated from Gouverneur High School in 1951 and later married Joan Hance on November 27, 1954 at St. James Catholic Church, Gouverneur, NY. She predeceased him in July of 2019. Richard served in the US Air Force for 21 years including service in the Korean War. He retired as Chief Master SGT in 1974. Richard and Joan then moved to Antwerp, NY and he worked for Key Bank. He retired from Key Bank as the branch manager in Gouverneur, NY. Following his retirement, Richard and Joan enjoyed spending their winters in Florida and summers at their camp on Lake Bonaparte. Richard is survived by his son John (Martha) Perrin of Oswego, NY, two sisters, Joanne McQuade and Nancy (Robert) Fuller, one brother, Peter (Nancy) Perrin and several nieces and nephews. He is predeceased by two sisters Annette Phelps and Lida Perrin, two brothers Robert and Walter Perrin and two infant siblings Sally and Robert. There will be no calling hours. Arrangements are private with French Funeral Home in Gouverneur, NY. Donations may be made to your favorite charity or any charity for children or animal rescue. Condolences may be shared online at www.frenchfuneralhomes.com.