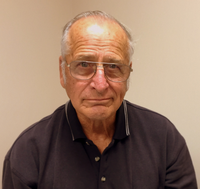 Gail Leonard Fuller, 86, went home to be with the Lord on June 6, 2019 in Sumter, South Carolina. A Celebration of Life will be held at the Edwards Methodist Church on Saturday, August 3, 2019 at 10:00 a.m. with Lay Pastor Helen St. Louis officiating. Burial with military honors will follow at Fairview Cemetery in Edwards. After the burial, refreshments will be served at the Edwards Methodist Church. A Celebration of Life was held at 3:00 p.m. on June 22, 2019 at St. Marks Methodist Church, Sumter, South Carolina followed by light refreshments from 4:00 – 5:00 p.m. In lieu of flowers, donations may be made to St. Marks Methodist Church, Broad Street, Sumter, South Carolina; the Sumter SPCA; Edwards United Methodist Church, Main Street, Edwards, New York; or the St. Lawrence Valley SPCA. Condolences may be shared online at www.frenchfuneralhomes.com. Gail was born in Gouverneur, New York to Leonard and Theo Gore Fuller. He is survived by Carol, his wife of 63 years, and his children, Michael (Alisa), Susan (Jeff), Linda and Andrea (Joseph), his sister Evelyn Miller (Royce) and sister in law Judy Cameron (Charles.) Gail is also survived by his five grandchildren; Cassandana, Genesis, Anastasia (Ricardo), Kaley (Troy) and Torrey, three great grandchildren, Sophia, Saydee and Lilly and six nieces, one nephew and several cousins. He was pre-deceased by his sister, Judith Perpente. Gail served his country in the United States Air Force for 53 years in active duty and civil service. During his active duty service, Gail served in United States Security and Law Enforcement and as a First Sergeant. He worked with Sentry dogs during the Korean War and volunteered as a forward observer during the Vietnam War. During his civil service for the United States Air Force, Gail was selected as Outstanding Education Services Counselor and was on the Air Force Education Services Advisory Panel. He received many other honors and rewards for both his military and civil service. Education was paramount to Gail. While working full time he obtained his master's degree as well as a license to preach for the United Methodist Church. He pastored in three country churches in upstate New York until he received orders for England. Gail was loved by all who knew him. He was unpretentious, wise and although a man of few words, when he did speak, his words were sincere and heartfelt. He was a man of honor, had a quiet strength and was loyal and faithful. He also had a loving, mischievous sense of humor. Gail had a great love of music and had a beautiful singing voice. Gail loved being with his family, and also enjoyed reading, playing golf, woodworking and spending his summers in upstate New York at Lake Bonaparte. In his early years, Gail played softball and football. He loved running, camping and hiking and we often laughed at his tales of attempting to play water polo. For all of those who knew him, Gail's walk with God and his faith were first and foremost in his life and he truly loved and appreciated all of his church families.